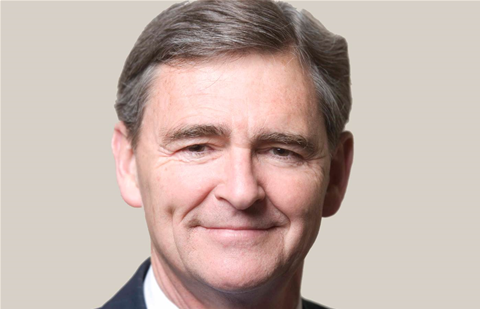 Huawei Australia has announced that former Victorian premier John Brumby will leave its board.

John Lord, Huawei Australia’s chairman, said Brumby “stayed on the board longer than he first intended” and thanked him for his service to the company and contributions that saw local annual revenue go from $299 million to $623 million during his tenure.

Brumby’s canned quote in Huawei’s press release said “The timing of my retirement from the board is completely unrelated to any recent commentary regarding China and Huawei. More than a year ago, I advised the board and Huawei HQ of my intention to retire to make time for new commitments I was taking on in early 2019.”

“I remain a strong supporter of closer ties between Australia and China, particularly in the fields of investment, trade, education and R&D.”

Huawei announced the news on a conference call that started 25 minutes late due to the company issuing invalid passwords. Media relations staff admitted that “Huawei’s world leading technology is currently not world leading. We hope to fix very soon.”

Once CRN was able to enter the conference, we were treated to Brumby and Lord vigorously defending the company.

Brumby said he feels the ban on Huawei 5G equipment in Australia and elsewhere is a geopolitical squabble an a “clash of systems” between China and the USA.

“In 5G Huawei is the world leader,” he said. “Most experts would say we are one or two years ahead of our competitors. This is a global battle being played out and we are to some extent the meat in the sandwich.”

He also defended Huawei’s record, saying that “we have an outstanding record of being a technological leader with an unblemished record.”

“There has never been any case where the company has been found to misuse information,” he said. “The company would never, ever, provide information to the Chinese government if requested because that would be the end of the company.

But Brumby did not address the allegation that Huawei could be compelled to cripple networks, which would not result in transfer of information

“We are not a state-owned enterprise, we are owned by employees and those people have an interest in securing the interests of the company,” he said.

Brumby’s departure from the Board will not massively inconvenience Huawei’s local operations, as the Board meets infrequently. Brumby’s gravitas may be missed, but Huawei Australia has previously secured directors with similar credentials – former Foreign Minister Alexander Downer was among its first local board members – and Lord said he hopes to recruit a replacement local director.

The departing director added his opinion that Huawei's exclusion from 5G in Australia will cost the nation money, and claimed credit for driving down the cost of broadband. "Our great legacy is the way we have been able to drive down costs and improve network performance."

He added that while business conditions for Huawei in Australia are clearly less bright than they have been, the company has growth prospects in the resources sector and has seen strong growth in its handset business.