John Chambers: HPE works with startups ‘better than any other company’ 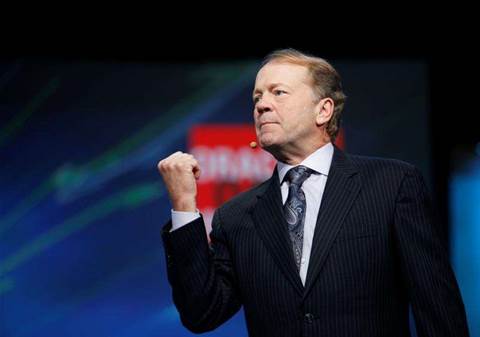 Former Cisco CEO John Chambers, who has spent nearly three decades driving technology breakthroughs, says there simply is no one better at working with startups than Hewlett Packard Enterprise.

“What is fun is HPE has an unusual talent from the very beginning in Silicon Valley of working together with others and creating a win-win innovation approach,” said Chambers in an HPE Accelerating Next conversation with HPE Compute General Manager Neil MacDonald. “If you watch what your team has been able to do and I want to say this for everybody listening, You work with startups better than any other company I have seen in terms of how you do win-win together.”

Chambers, who retains the title chairman emeritus at Cisco, is founder and CEO of JC2 Ventures, which focuses on helping startups build and scale their business. He is also the chairman of Pensando, which counts HPE as an investor in a disruptive technology bid to provide web scale economics at the edge with a custom programmable processor.

Pensando is a great example of the HPE focus on win-win innovation, said Chambers, who counts the Pensando startup as the ninth time he has moved to disrupt a market with a new generation of products. “We’re designing that (edge platform) together with HPE in terms of as the cloud moves to the edge how do we get the leverage out of that and produce results for your customers on this.”

Pensando is moving to drive “an order of magnitude” performance gain at the edge over Amazon Web Services (AWS), said Chambers. “I’m not talking 100 percent greater,” he said. “I’m talking 10X greater in things like throughput, number of connections you do, the jitter capability, etc.”

CRN reached out to AWS but had not heard back at press time.

Chambers said customers are looking for partners who can “innovate” and help them move faster. “Very often the leaders who might have been a leader in a prior generation may not be on this next move, hence the opportunity for HPE and startups like Pensando to work together as the cloud moves to the edge and perhaps really balance or even challenge some of the big, big incumbents in this category,” he said.

The Pensando-HPE partnership highlights how two companies “who believe in innovation and trust in each other and have very similar cultures can work uniquely together,” said Chambers.

MacDonald, who oversees HPE’s US$12.21 billion compute business and sits on the Pensando board of directors, said HPE is bringing a breadth and depth of knowledge to the Pensando partnership including a focus on encryption and security. That is “key to building a competitive architecture moving forwards for an on-prem private cloud or internal service provider operation,” MacDonald said. “We are really excited about the work we have done to bring that technology across our portfolio and bring that to our customers so that they can achieve those kinds of economics and capabilities and go focus on their own transformation rather than building and running the infrastructure themselves.”

Chambers, who stepped down as Cisco CEO in 2015 and left the Cisco board of directors in 2017, told MacDonald as the discussion ended: “I love being your partner and your wing-man. Our values and cultures are so similar.”

Cisco, for its part, has taken a different path at the edge than HPE with a new routed optical networking solution that features pluggable optics from its US$4.5 billion acquisition of Acacia along with what it calls its “mass scale routing portfolio, with estimated savings of up to 46 percent of total cost” in an internet for the future 5G era.

Cisco CEO Chuck Robbins told CRN in a BoB virtual conference interview that the “merging of routing and optical” opens the door to a “flattening of networks for simplicity and operational efficiency.”

Ultimately, Robbins said Cisco is building out a network services stack that will be offered to application developers to provide more choice for customers. “We’re just trying to take all of our technology and deploy it wherever any customer needs it in whatever way our customers would like to consume it,” he said.

Eliminating departmental friction within MSPs
By Steven Burke
Apr 22 2021
6:29AM