John Chambers will not seek re-election as Cisco chairman, leaving after more than two decades 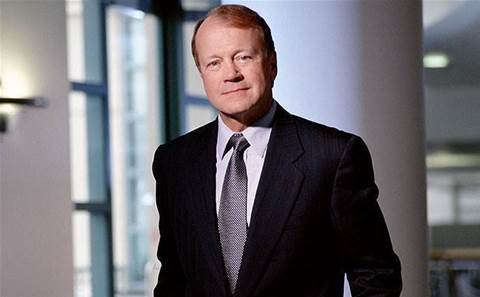 After 26 years of building the most powerful networking company in world, Cisco Systems chairman and former longtime chief executive John Chambers will no longer have a role inside the vendor as he will not seek re-election to the board of directors in December.

"It is time for Cisco to move on to its next generation of leadership, including at the board and chairman level," wrote Chambers in an email to Cisco's board of directors.

"I cannot be prouder of what we built: from the culture, to the customer trust, to the country digitisation, to the product leadership, I could go on and on. But it is the right time for a change to occur for me and for the company."

When Chambers' term expires 11 December, the board plans to appoint chief executive Chuck Robbins as chairman.

"John's brilliant mind, compassion and charismatic leadership have helped shape Cisco for over 20 years, and for that we are all grateful," said Robbins in a statement.

"John's influence on the industry is immense and he built Cisco around a culture of integrity and innovation that will continue to serve our employees, partners and customers for decades to come. I have no doubt he will continue to have a lasting impact with his future endeavors."

Chambers served as CEO for the San Jose, California-based networking giant from January 1995 to 26 July 2015. He joined the company in 1991 as head of sales, and has been a member of the board since 1993.

As CEO, Chambers grew the company from a US$1.2 billion business to US$47 billion in fiscal year 2015.

"Every transition we have gone through at Cisco has been a world-class example of transparency and execution. That has also been true over the last two years over our transition of the CEO position from me to Chuck," said Chambers.

"Cisco will always be in my heart and mind and I will always challenge us to lead, to disrupt or be disrupted, catch the key market transitions, and to move aggressively and fearlessly into this new digital world."

Cisco said Chambers is set to be given the honorary title of chairman emeritus.

Chambers has been keeping himself busy and involved with Cisco since stepping down as CEO. Over the past two years, he has worked as Cisco's executive sponsor for security, traveling around the globe to talk with world leaders.

Cloud application revenue made easy
By Mark Haranas
Sep 19 2017
6:37AM