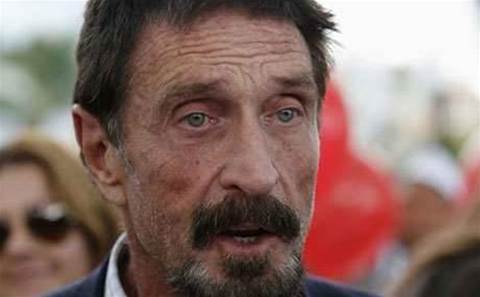 John McAfee, the flamboyant anti-virus software industry pioneer, made a surprise appearance at a computer hackers' conference last Friday evening, where he unveiled a new website to give people a place online to vent their anger.

The one-time millionaire, who fled the Central American nation of Belize in 2012 after police sought to question him about the murder of a neighbor, said he set up the site for ordinary people to lodge complaints on anything from government corruption to bad consumer products.

"This taps into anger in a positive way," he said in a brief interview before taking the stage at Def Con, the world's largest conference of computer hackers. "Instead of getting angry and shooting at somebody on the highway, or yelling at your wife, you can log onto the site."

BrownList offers a forum for people to file specific complaints and for users to propose solutions to problems. Suggestions are voted on by site members who decide what sorts of response might be best.

"Instead of just lashing out, give us your positive solutions," he told an audience of hundreds of hackers taking part in a three-day conference.

McAfee told Reuters that he plans to make money by offering subscription services to businesses, but he did not elaborate.

He said he is looking for more investors in the site, which he has started up with $450,000 from a private investor who he declined to name.