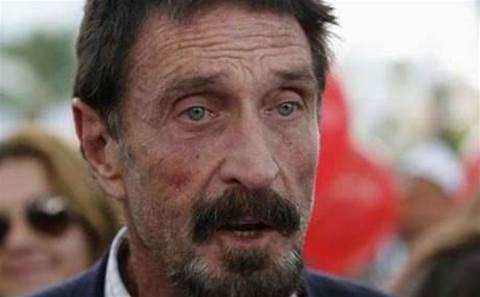 As Intel proceeds with plans to divest its majority stake in Intel Security, the chipmaker's security business unit, a lawsuit filed against Intel threatens to create challenges for the entity. Intel purchased the anti-virus company in 2011 for US$7.68 billion, then known as McAfee.

Private equity firm TPG is backing the security business as a new entity under the McAfee name. The middle-market investment firm will pay Intel US$3.1 billion for a 51 percent stake in the new entity. The transaction is valued at US$4.2 billion, including debt.

Intel first began exploring the sale of the security unit in June, according to a report in the Financial Times. The anti-virus company was founded by John McAfee in 1987. Intel renamed the company Intel Security in 2014, although some of the unit's products continue to use the McAfee name.

John McAfee and his cybersecurity investment firm, MGT Capital Investments, filed a request for a judgment that his investment company's “use of or reference to the personal name of John McAfee and/or McAfee in their business” would not infringe on Intel's trademark.

The divestiture of Intel's security unit “is a good thing,” according to Mike Janke, co-founder of cybersecurity investment firm DataTribe and former chief executive of Silent Circle. “A PE firm is much better suited to grow and run this business than Intel is,” Janke wrote in an email to SCMagazine.com. A large corporate parent like Intel can be unwieldy and “sometimes their core businesses conflict with the security business,” he wrote.

TPG Capital director of external affairs Luke Barrett declined to comment on the transaction. Intel and MGT Capital Investments were unable to respond to requests for comment by press time.