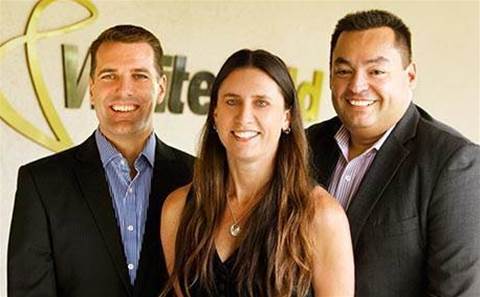 Jonathan Odria has been appointed managing director of Exclusive Networks Australia and New Zealand, taking the reins as his fellow Whitegold Solutions directors step down.

The move came as Odria and the two other founders of Whitegold, Dominic and Sharon Whitehand, completed their earnout after selling the distribution company to French-owned Exclusive Networks in 2014.

Whitegold was a specialist distributor focused on cybersecurity and networking, and was the Paris-headquartered distributor’s first buyout outside Europe. The local company distributes vendors such as FireEye, Fortinet, A10 Networks and Barracuda.

Exclusive Networks has now increased its shareholding in the local subsidiary from 70 percent to 100 percent after taking over the 10 percent stake that each director had retained following the sale.

Odria, who previously held the role of ANZ sales director, told CRN Dominic would step into to a one-day per week advisory role assisting with the acquisition of new vendors, PR and marketing, while Sharon, who managed operations and finance, had departed the company and would take some well-deserved time off to spend family.

As of January, Odria is a non-shareholding director in the Australian and New Zealand arm of the company, though he retains group shares in the global business. His role will include a greater responsibility in growing the businesses in the region and he has already appointed several new positions including a national sales manager, operations manager and finance director.

"Following a strong 2017 for ANZ with 20 percent year-on-year growth I am looking forward to an exciting 2018," Odria said. "The new role will be challenging and exciting as I move from working in the business to working on the business and setting the strategy and goals for the ANZ organisation.

"Building and guiding a new executive team by promoting internally for the national sales manager, operations manager and finance director roles has been my number one priority over the last two months. I believe I have the right people in the right roles to support the ongoing growth of Exclusive Networks ANZ."

Odria said New Zealand, in particular, had seen strong growth following the appointment of Alex Teh as country manager for New Zealand and surrounding Pacific Islands 12 months ago.

"Alex and the team in New Zealand have done a great job in the last year and I will endeavour to support them with everything that they need this year and beyond, to keep up the strong momentum. This will involve new headcount, potentially new vendors and a second office there later in the year," he said.

"Similarly in Australia, having doubled our growth levels in the past 12 months over the 12 months prior, we will continue to support this growth velocity with new strategic vendors, increased headcount and key new initiatives for our customers and vendors alike."