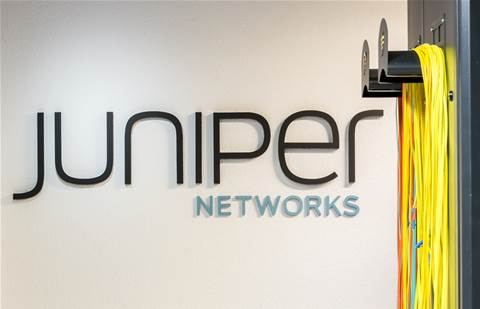 Juniper Networks is continuing its work of extending Mist AI into its entire portfolio to make it easier for businesses and channel partners to access and automate their networks as the networking giant’s enterprise business exceeds growth goals.

Juniper on Wednesday unveiled three new Mist AI features and extensions, as well as a new, born in the cloud access switch series that targets small and medium IT environments.

“This adds to our whole AI-driven enterprise portfolio,” Jeff Aaron, vice president of enterprise marketing at Juniper, told CRN US. “It’s definitely geared towards partners and provides a lot for them in terms of troubleshooting, deployment and operations.”

“It’s everything you’d expect from a modern, cloud-based enterprise switch with AI coursing through its veins,” Aaron said.

Automated AP placement and orientation is an especially great tool for partners that can help them cut down on installation costs, Aaron said.

“We’ve made it way easier to determine whether [deployment] was done right,” he said. “Partners can solve problems quicker and ensure a better, reliable service without having to deploy folks on site to go troubleshoot.”

The EX4100 series builds on the company’s existing EX series of secure access switches that were introduced in 2021: The EX4400 series, which are optimized for the cloud with security and AIOps. The EX4400 lets IT teams design a network fabric that extends from the data center to the campus core, as well as distribution and access layers, like all EX access switches, the EX4400 contains Mist AI.

The Juniper Mist AI engine, Marvis, also offers two new actions: DHCP Failure Scopes and Wired Authentication. DHCP failure scopes give customers and partners context into exactly where an administrator should focus energies while troubleshooting an issue. For wired authentication, Juniper has introduced the new Marvis Windows Client for Windows OS devices that can offer enhanced information and network visibility from the client’s perspective. The data is passed on so the Marvis engine can make more informed and actionable recommendations to remediate user issues and it is done without any overlay sensors. The new Windows Client joins Juniper’s previously released Android Marvis Client. Aaron said that an iOS client is on the company’s roadmap.

The Marvis actions and the Juniper EX4100 switch series are available now.