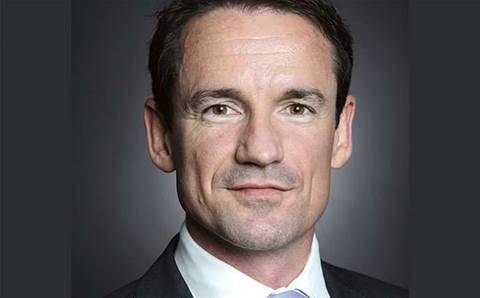 Nathan McGregor has been appointed as Hitachi Data Systems' vice president and general manager for Australia & New Zealand, a year and a half after taking the top job at Juniper Networks.

McGregor had been with Juniper since 2006, rising through the ranks to manage Juniper's largest account – Telstra – before being appointed as ANZ managing director in May 2014.

His move to HDS sees him follow another ex-Juniper bigwig – Mark Ablett, who left his role as Juniper's VP of South Asia to become Asia-Pacific general manager at HDS at the start of this year.

"With significant growth in our ANZ channel network and partner ecosystem, we look forward to further strengthening these important areas of our business under Nathan’s leadership.”

In the wake of McGregor's departure, Juniper made a senor hire in the form of Ralph Candiloro, who is "not a direct replacement" and has a wider remit, according to a Juniper spokesperson.

“Ralph brings a wealth of experience with more than 25 years working in the industry. He will be responsible for driving our go-to-market strategy in ANZ as well as working with our partners to build on service provider sell through across APAC, which is a key growth area for our business."

Juniper has seen its share of churn in the senior executive ranks both internationally and in Australia. McGregor's roughly 18 months as MD was slightly shorter than his predecessor, Mark Iles, who spent two years running Australia & New Zealand.

Global chief executive Shaygan Kheradpir resigned in November 2014 after a board review questioned his handling of negotiations with an unnamed customer and his leadership in general.