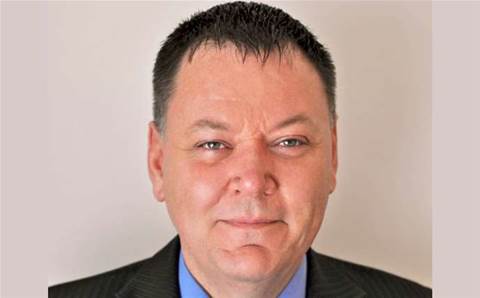 Skingsley will be based in Singapore and will be responsible for the technical direction of the company in the Asia-Pacific region. He will also lead the team of business consultants and technical experts.

"I am delighted to join the Hitachi Data Systems team and to support our teams and customers in delivering valuable enterprise transformation," said Skingsley. He also said that there is an opportunity for companies to capitalize on digital transformation with the Asia-Pacific market continuous growth.

Skingsley has over 25 years' experience in the IT industry. Prior to joining HDS, he was Juniper Networks' vice president of systems engineering for Asia-Pacific. He joined Juniper in 2010 and was promoted several times before he left in June.

He has previously worked for Defence Science and Technology Organisation in Adelaide, NetStar Networks in Melbourne, and FPT Telecom in Vietnam, where he was last the chief technology officer.

Mark Ablett, HDS Asia Pacific senior vice president and general manager said: "This appointment highlights our commitment and focus on ensuring our customers realise the full benefits of digital transformation. With Russell’s extensive background in the IT industry, he will steer our teams toward greater success, offering the advanced expertise and market awareness that our customers need."

Ablett himself joined HDS also from Juniper in 2015, where he was at the time the South Asia vice president.