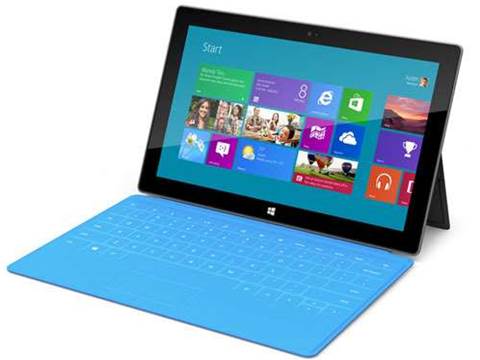 Microsoft's Surface RT tablet has had a modest debut among consumers, with the software giant selling half the 2 million units projected to move since the tablet's launch in October, according to a new research note from UBS analyst Brent Thill.

Thill, who originally projected Microsoft to sell around 2 million Surface RT tablets during the fourth quarter, slashed his initial estimates Monday given the dominance of Apple's iPad during the holiday season.

In addition to steep competition from Apple, Thill attributed Microsoft's weaker-than-expected Surface RT sales to the software giant's limited distribution channels for the tablet. While Microsoft on-boarded more retail partners to sell Surface RT late last year, it has predominantly only made the tablet available through itself, a move that has stifled its adoption, Thill noted.

Microsoft also dropped a bombshell on in its solution provider partners, when it said it had no plans to sell Surface RT through the channel. Some Microsoft partners dubbed the move a strategic mistake, and one that would significantly limit sales of the tablet into Microsoft's bread-and-butter enterprise market.

Microsoft hasn't disclosed Surface RT sales to date, but reportedly planned to produce between 3 million and 5 million of the tablets for the fourth quarter. The company did not immediately respond to a request for comment.

Thill's estimates come just four days after Microsoft OEM partner Samsung halted plans to produce its own tablet running Windows RT -- the same software found on Microsoft's Surface RT tablet -- in the US. Samsung said it decided to retreat from Windows RT after hearing from its retail partners that demand for devices running the OS has been modest.

Samsung also said it decided to nix its Windows RT plans after performing studies that found US consumers were confused about how Windows RT -- the version of Windows 8 meant to run on ARM-based devices -- differed from Windows 8, the version optimised to run on x86-based architectures, namely, those supported by chip maker Intel.

As the world's second-largest tablet maker after Apple, Samsung's decision to drop its Windows RT plans could further hurt the software's chances of going head-to-head with Apple's iOS and Google's Android, which collectively accounted for 95 percent of the worldwide tablet market in 2012, according to data from IDC.

Though Surface RT is off to a slow start, UBS' Thill expressed confidence in Microsoft's upcoming Surface Pro tablet set to launch this month. The new tablet will likely gain traction among enterprise users, Thill said, because of its business-focused Windows 8 Pro OS.