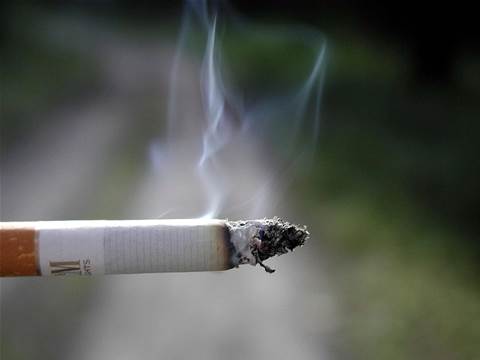 CRN imagines that plenty of readers may have decided that 2020 is the year in which they’ll quit smoking.

If you have, please step away from the servers. Now.

We suggest this thanks to a new incident investigation report by the Australian Transport Safety Bureau that details an incident on January 2nd that saw a train driver run two red lights and head towards a level crossing that hadn’t yet lowered its boom gates. Worse still, running the red lights could have led to a collision.

Thankfully the driver’s actions were detected and a collision avoided.

But the reason for near-miss caught CRN’s eye, because the investigation “determined that the driver’s performance was probably influenced by symptoms associated with nicotine withdrawal, having not applied a nicotine patch on that day.”

“The investigation report notes that nicotine withdrawal symptoms typically become apparent within a few hours of last nicotine exposure, and that task-related effects can include difficulty concentrating, memory impairment and attention difficulties. These and other symptoms of nicotine withdrawal probably had an adverse effect on the performance of the driver.”

Which brings us back to tech, because while IT mistakes aren’t as obviously dangerous as train-driving mistakes, they can still make some hefty messes. And with the Transport Safety Bureau suggesting medical supervision as smokers go cold turkey, we wonder if the same should apply to those who patch dangerous bugs or tend to bushfire information apps.

So perhaps it’s time to ask your colleagues if any have given up the death sticks this year: it might just save you and your customers from a metaphorical train wreck.