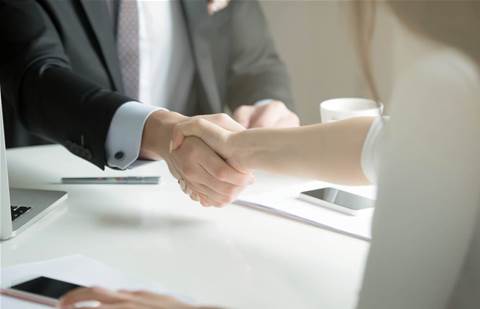 Kaseya’s acquisition train rolled on this week with the pickup of IT Glue, a company that works in IT documentation.

The developer of IT management platforms for MSPs said IT Glue will continue to function independently but that company founder and CEO and Chris Day will not remain with the company, which will be led by existing management.

“Chris Day has created an amazing product and company with IT Glue. What this organisation has been able to accomplish in a short period of time is a testament to not only Chris and his vision, but to the team he has built,” said Fred Voccola, CEO of Kaseya.

“We’re very excited about this acquisition and the opportunity to continue to build on the great company and platform that exists at IT Glue.”

Financial terms of the deal were not disclosed. Kaseya did not respond to a request for comment.

Voccola said in the last two years, a relationship grew between Kaseya and IT Glue that resulted in multiple integration offerings and a reseller partnership between the two companies. On the heels of this acquisition, Kaseya can provide a “full and complete integration” of the IT Glue documentation offering into its suite of products.

In a statement, Kaseya said IT Glue was founded in 2013 and boasts 5000 MSP users around the world in 30 countries. Kaseya called it “award-winning IT documentation software” and a “proven, best practices-driven IT documentation platform” that was created to get MSPs and IT departments the most efficiency, transparency and consistency out of their workers.

In October, Kaseya acquired Spanning Cloud Apps and has already integrated Spanning's data protection technology into its Kaseya IT Complete platform, the company told CRN USA at the time.

Spanning Cloud Apps is Kaseya's second storage acquisition in 2018. Kaseya in May unveiled its acquisition of Unitrends. The company also acquired IT assessment vendor RapidFire Tools in September.

“At Kaseya, we recognize that most MSPs have a heterogeneous environment and leverage products from multiple vendors, and that isn’t changing,” Voccola said in a statement. “In order to best support and assist our MSPs in growing their businesses and operating as efficiently as possible, we will continue our strategy to integrate with non-Kaseya products— including those which we compete with—to support the needs of our MSPs.”

Grabbing the hybrid cloud opportunity with Lenovo and Azure Services
By O’Ryan Johnson
Dec 20 2018
9:00AM