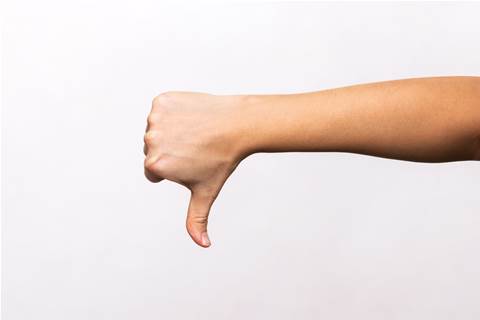 Kaseya is terminating its relationship with embattled Kaspersky, telling MSPs that it is ceasing support for the Moscow-based cybersecurity giant’s anti-virus product.

The action by Kaseya, a major MSP platform provider, comes amid reports that the National Security Council is pressing for severe sanctions against Kaspersky in the wake of the Russian invasion of Ukraine.

In a recent email to MSPs obtained by CRN US, Kaseya advised MSPs to switch from Kaspersky antivirus to Bitdefender.

“Given the FCC’s recent decision to add Kaspersky to its National Security Threat list, we are urging our small number of remaining KAV [Kaspersky anti-virus] customers to upgrade to our best-in-class AV solution, powered by Bitdefender ASAP,” Kaseya wrote, referring to Romania-based cybersecurity company Bitdefender. Kaseya is a reseller of Bitdefender products.

In its email to customers, Kaseya continued: “As we announced a few weeks ago [to customers], we are terminating support for KAV at the end of April so upgrading to our new, comprehensive, and safer solution is not just a necessity, but an urgent requirement.”

In a statement to CRN US, a Kaseya spokesman confirmed it was reaching out to a “small number of customers we knew were using Kaspersky antivirus software and encouraged them to switch to Bitdefender.” The company did not specify how many customers it was contacting.

Kaseya’s statement to CRN US added: “The security of our customers is paramount, and we will continue to support them in every way we can.”

Bitdefender, whose U.S. headquarters are based in Santa Clara, Calif., is making no apologies for trying to poach customers away from Kaspersky.

“We do, in fact, see that many customers globally have increasing trust concerns with Kaspersky,” Steve Fiore, senior director of global public relations for Bitdefender, said in a statement to CRN US.

“We are working with our channel partners to assist them in moving customers over to Bitdefender when such a need arises from the customer,” said Fiore.

For its part, Kaspersky didn’t directly respond to Kaseya and Bitdefender’s specific attempts to lure away customers. But it did once again try to reassure MSPs and customers that its AV products are safe. “Our customers and partners can be confident in the integrity and security of Kaspersky’s solutions,” the company said in a statement.

By firing off the recent emails to customers, Kaseya was clearly trying to take advantage of Kaspersky’s recent U.S.-government woes. Last week, CRN US reported that Kaspersky partners are hearing from customers concerned about actions taken against Kaspersky by the US government in the wake of the Russian invasion of Ukraine.

The Wall Street Journal reported last week that the National Security Council was pushing the Treasury Department to ready sanctions against Kaspersky. But Treasury experts reportedly have raised concerns over the size and scope of the sanctions under consideration for Kaspersky.

Grow your software revenue by selling these 5 affordable, essential tools for the modern workplace
By Jay Fitzgerald
Apr 7 2022
9:57AM