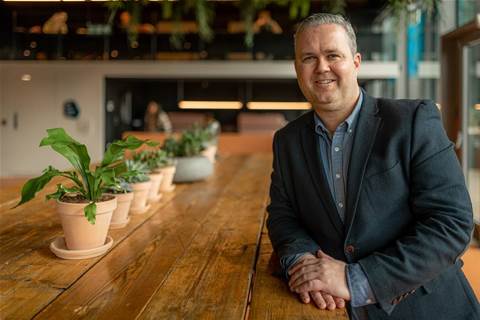 Connell has been promoted from his previous role with the vendor as deputy vice president of global sales for the company.

Kaspersky said he will continue to perform duties from his previous role and take on the local leadership mantle from the vendors regional headquarters in Singapore.

Connell joined Kaspersky as the general manager for the UK and Ireland in February 2019. A year later, alongside his role as deputy VP of sales network, he was promoted to director of European operations, and took on the task to boost the performance for the company’s European operations.

Prior to joining Kaspersky, Connell worked for companies such as Ingram Micro Europe and Australia, Tech Data and IBM.

“I am excited to take up this new leadership role in a region where cyber security trends are dynamic but also diverse in terms of needs and development,” Connell said in a statement.

“While we will continue to deliver tailor-made cyber security solutions for both businesses and consumers, it is equally important that we pivot away from the traditional and reactive ‘seek-and-destroy’ approach, to an all-encompassing concept of ‘cyber-immunity’ – building an ecosystem where everything connected is protected and secure by design.”

The vendor said the expansion of Connell’s role comes at an important moment for the cyber security ecosystem in the region.

“True cybersecurity can’t be achieved in a silo, and the key to building a cyber security ecosystem that breaks free from the constraints of operating in different silos is one that is built on integrated and collaborative operations. I am confident that Chris’s wealth of expertise and thorough understanding of global cyber security trends will help to build a safer and more transparent environment for all in APAC,” the vendor’s head of sales Evgeniya Naumova said.

Grow your software revenue by selling these 5 affordable, essential tools for the modern workplace
By Staff Writers
Jan 28 2021
12:14PM