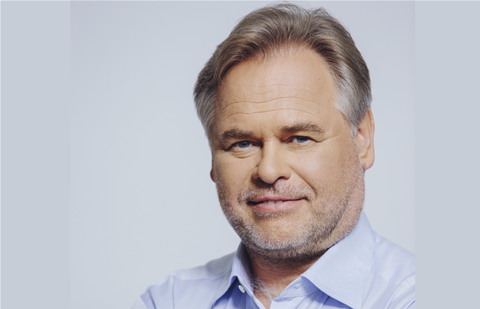 The embattled cybersecurity vendor is opening three new “transparency centres” around the globe as the Moscow-based firm tries to win back the trust of partners and customers concerned about its possible ties to the Russian government.

Kaspersky, which earlier this year was put on the Federal Communications Commission’s national security watchlist, announced Thursday that it is opening so-called “transparency centres” in Japan, Singapore and the United States as part of its ongoing Global Transparency Initiative (GTI).

At the centres, qualified personnel can review the company’s coding, software updates, threat detection rules, and other engineering and data processing practices, the company said in a press release.

The appointment-only US centre will be located at Kaspersky’s North American headquarters in Woburn, Mass. The new Massachusetts centre, which was previously located in New Brunswick, Canada, will now serve as a venue for the company’s North American Transparency Center, the company said.

With Thursday’s announcement, Kaspersky now has a total of seven “code review centres” around the world, with previously opened centres in Switzerland, Spain, Malaysia and Brazil.

The company, which has vehemently denied colluding with the Russian government, launched its first code-review centre in Zurich, Switzerland in 2018, soon after the U.S. Department of Homeland Security banned Kaspersky products from all government departments in late 2017.

Since that run-in with the feds in 2017, it’s been seemingly non-stop negative news for Kaspersky, including the FCC’s watch-list pronouncement earlier this year. In addition, the National Security Council has reportedly been pressing for sanctions against Kaspersky in the wake of the Russian invasion of Ukraine.

In April, Kaseya, the MSP platform provider, announced it was ‘terminating’ its support for Kaspersky’s anti-virus products, citing its troubles with the feds.

In a press release Thursday, Kaspersky didn’t mention the controversies over its Russian roots and allegations of possible Kremlin ties.

Instead, it portrayed the opening of its new centers as a move toward IT-industry transparency in general, though the issue of “trust” in Kaspersky was obviously the main thrust of its Thursday announcement.

“We are the first company in the cybersecurity industry to open our source code for external reviews,” Andrey Efremov, Kaspersky’s chief business development officer, said in the press release. “Kaspersky has been working hard to prove that we are a trustworthy and reliable partner. I would like to invite our potential and existing customers, and government regulators to our new Transparency centers and we will do our best to answer all possible questions.”

In response to questions from CRN, Kaspersky said in a statement said its transparency centres “don‘t have separate and permanent employees.” Instead, the company said there are “certain teams at Kaspersky who organise visits to the Transparency Centres, and the composition of such teams and employees is tailored to each visit and needs of the customer.”

All visits are by appointment-only, the company said.