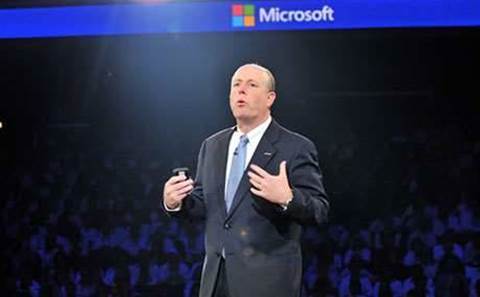 Microsoft has given away details of three new low-priced laptops that will compete head on with Google Chromebooks.

Kevin Turner, Microsoft's chief operating officer, let the cat out of the bag during his keynote address on the first day of World Partner Conference (WPC).

The first device revealed is an HP device he called "the Stream", which will be released in time for Christmas, priced at US$199.

While Turner did hold up the HP device on stage, he didn't give away any more specs.

He did, however, show specs for two more devices, both priced at US$249.

There's also an 11.6-inch Toshiba device that offers 32GB SSD and weighs in at just 2.4 pounds.

"There will be two other devices: a 7-inch and an 8-inch tablet for $99, running Windows, this holiday. We are just getting started with the devices and where we are headed," said Turner.

Microsoft has been working with OEM partners to reduce the cost price of devices by cutting licence costs. In February, it was reported that Microsoft had reduced prices of Windows 8.1 for manufacturers of low-cost computers and tablets by 70 percent to compete with cheaper products like Google's Chromebooks, according to Bloomberg.