Kinetic IT bids against big boys of tech 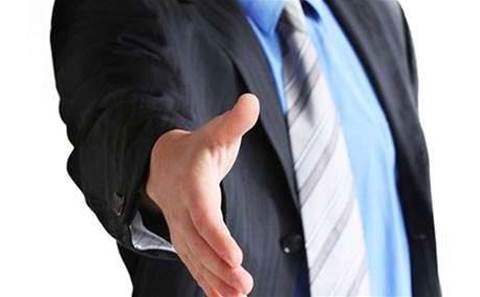 Perth-based systems integrator Kinetic IT is going against the big boys of outsourcing to win Victorian government work previously supplied by CenITex.

VicGov announced last year that it was dismantling the shared services provider, and has now revealed the 10 IT service providers competing for a slice of the business.

Kinetic IT is the only privately owned Aussie firm on the list of 10 companies invited to participate in a pre-tender round of consultations, joining CSC, Dimension Data, Datacom, Fujistu, HCL, NEC, IBM, Telstra and Hitachi.

The state government officially began efforts to outsource the services delivered by CenITex last September, and had hoped to see contracts for the five new “towers” signed by May this year.

Tech giant IBM is only in the running for one line of business - processing services. Other major outsourcing players like HP and Unisys are absent altogether.

Kinetic IT is one of only four suppliers indicating they are prepared to take on all five of the services contracts, along with CSC, Fujitsu and NEC.

CenITex would mark a big scalp for Kinetic; while the company's revenue hit $103 million for the year ending 30 June 2013, it missed out on a number of solid contracts in the tail end of 2013.

It was in the running for a $34.6 million contract for the NT government Department of Education, which went to a consortium led by NEC, as well as a deal for Main Roads Western Australia, won by Empired.

In November, UXC Connect ousted incumbent Kinetic IT in a deal for Melbourne Water.

Kinetic IT had not responded to CRN at time of publication.

Sources inside CenITex told CRN's sister title, iTnews, that no new agreements are expected until at least October, despite the government's intention to have contracts bedded down last month.

One source said no decision has been made on which tower will go first or in what order new agreements will be made. Only one deal is anticipated to have crossed the line by October.

The government may also face contract roadblocks from the looming state election. Caretaker conventions oblige governments to hold off from entering into major commitments in the weeks leading up to a poll, meaning the state government would be unable to sign off any CenITex contracts after late October.

The state's Labor Opposition has accused the government of “deliberately delaying” the contracts to keep the prospect of jobs outsourcing and offshoring off the agenda until after the election.

“Denis Napthine’s outsourcing of IT jobs with no guarantee the work will remain in Victoria is not putting Victoria's interests first,” a spokesperson for Shadow Technology Minister Adem Somyurek said.

“[And] when we have asked [Technology Minister] Gordon Rich-Phillips if he would guarantee that services provided by Cenitex will remain in Victoria, he failed to guarantee they would.”

Somyurek would not outline Labor's alternative strategy for CenITex should it be elected come November, saying the opposition's ICT policy would be released closer to the election.

Victorian Minister for Technology, Gordon Rich-Phillips has previously declined to reveal how many workers are likely to keep their jobs in the reformed agency, which will only require enough staff to manage the outsourced contracts once the deals are signed.

The state has asked the competing suppliers to “strongly consider” offering employment to existing CenITex employees on par with existing workplace agreements.

The government also told suppliers despite the state being open to a certain level of offshoring, service providers would need to have “some presence for delivery in Australia”.

CenITex currently employs around 550 full-time equivalent staff, which will slim to 490 over the next four months in an ongoing workforce reduction announced by CEO Michael Vanderheide in May.

The agency has already cut its contractor workforce by 90 percent.

Sources inside CenITex expect at least 250 roles to be let go as a result of the agency’s dismantling, mainly operational positions which will be less in demand once all five contracts are signed.

In a further sign the Victorian Government does not expect to retain a CenITex workforce anywhere near the current size of the agency, the state recently renewed two leases for office accommodation at CenITex’s Collins St, Melbourne headquarters, with three of the eight levels it currently holds only renewed for one more year.

The leases for the remaining five levels were renewed until 2018.