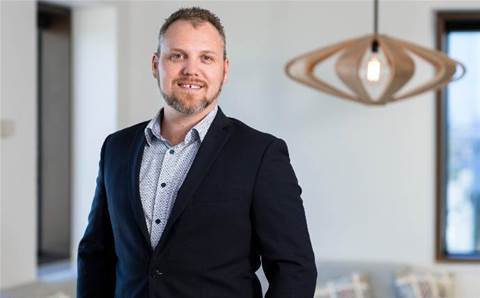 Perth-headquartered Kinetic IT has completed a multi-year, multimillion-dollar deployment of new ICT infrastructure for 780 schools in Western Australia, potentially saving the state $31 million per year.

Kinetic IT was contacted to redesign and infrastructure a new IT environment for the Department of Education Western Australia in 2010, and two years later began the project.

The department was looking to modernise infrastructure for schools in order to reduce the time teachers and staff spent resolving issues, as well as reduce support costs. Each school was previously managing their own IT infrastructure, with little in the way of automation or integration.

Kinetic's new standard operating environment (SOEv4) would enable each school to deliver services regardless of its size, special needs or geographic location.

Department director of infrastructure and telecommunications Glenn Veen said the SOE was not the typical SOE that the industry usually depends on.

"The department’s requirements included alignment with the independent public schools (IPS) model, which provides school leaders with a higher level of autonomy, as well as complying with the Classrooms First policy and government and departmental security and audit requirements," he said.

"In terms of IPS, the SOE needed to allow schools the ability to be flexible, innovative and creative in the delivery of teaching and learning through ICT. This is includes access to online content, localised servers and applications and potentially BYOD all operating within a staff and student agency-wide identity management system."

Kinetic deployed a mix of technology from a range of vendors, include software from Microsoft such as Microsoft Server, Office, SCCM, Active Directory, SQL and .NET development tools.

The rollout hit a snag in 2014, when the department ran out of funds. The project had been funded by the then-Labor government's digital education revolution program. Only 454 schools had been upgraded by the end of 2014, and only newly established schools would be eligible for SOEv4.

Fortunately, the department pulled together the funds in late 2015 and was able to continue rolling out SOEv4 to the remaining 230 schools, completing the project in September 2016.

The new platform has given schools increased consistency and quality of service delivery, improved security and sustainable support services all while cutting down support costs and downtime for teachers. Under the old model, it would have cost the department an additional $31 million annually in support.

Kinetic IT is a finalist in the Modernising Infrastructure (Enterprise) category at the 2017 CRN Impact Awards. The full list of finalists will be announced at our CRN Pipeline conference in Melbourne on 22-23 March. The winners will be announced at the Impact Awards dinner during the CRN Pipeline conference in Sydney on 6-7 April.

If you would like to enquire about tickets to the conference or awards, please contact CRN Events crnevents@nextmedia.com.au
Got a news tip for our journalists? Share it with us anonymously here.