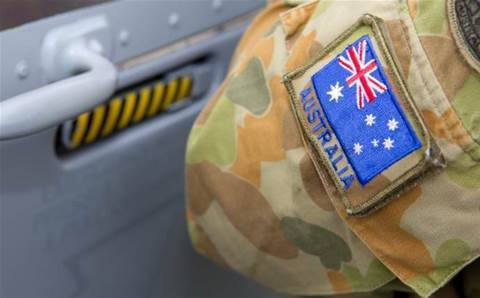 The Department of Defence has named Kinetic IT as a new end-user support provider, picking the Australian channel player ahead of incumbent Unisys.

The Department last week revealed three contracts with Fujitsu and Kinetic IT that will support over 100,000 defence personnel across more than 450 military based and offices Australia-wide until at least 2022.

The long-awaited new end user support services deals replace the distributed computing bundle of work held by Fujistu and Unisys, estimated to be worth more than $600 million.

Unisys has held one half of the IT support deal under the moniker of ‘regional ICT services’ since 2008, while Fujitsu holds the other half of the bundle in a relationship that spans two decades.

The department went looking for one or more providers to own the new end user support services deals in October 2017, almost four years after it had first planned to put a combined outsourcing contract to the market.

That original project, however, was put on hold while the department dealt with a “significant” IT program of work, with Defence opting to sign numerous extensions with Fujitsu and Unisys to continue end user support while it decided how it proceeds with the procurement.

When the department revised the project in 2017 it had split the end user support services bundle into three separate service towers: national deskside support, service desk, and service integration and management.

It also hoped to complete the procurement process and have new contract in place by June 2018, despite extending both contracts with existing providers Unisys and Fujitsu out to 2019.

But just months before it was scheduled to have the new contracts in place the department extended its IT support deal with Unisys to allow more time to evaluate tenders for the end user support services deal.

Now more than a year after it started the procurement process, and six months after it had first wanted the deals to be signed, the department has revealed who will provide the services across the three service towers.

Incumbent Fujitsu has snagged what appears the largest of the three services towers, providing national deskside support services in a contract worth $99.2 million under August 2022.

Kinetic IT will provide ICT service desk and service integration management services until the end of September 2022 under two separate deals worth $59.1 million and $32.3 million, respectively.

Kinetic is understandably chuffed, popping up a microsite on which CEO Michael North said “Our track record transforming, streamlining and managing multi-vendor IT operations is something we’re really proud of, and we’re excited to take our unique style into the federal government arena."

The Australian-owned IT managed services providers will establish a regional office in Canberra and create around 200 jobs across NSW and the ACT as a result of the new deal.

While the deals appear to run for less than four years, the original procurement indicated suppliers would have the opportunity to provide the bundles for up to the next seven years.

A Defence spokesperson told CRN that any extension to the contracts would be subject to Digital Transformation Agency procurement policy, which limits contracts at $100 million or three years' duration.

The department will begin transitioning to the new IT service providers from next month, with Fujitsu replacing Unisys for national deskside support services.

"These contracts will result in process improvements across multiple service towers, a more efficient use of resources and better use of tools and technology," the spokesperson said.