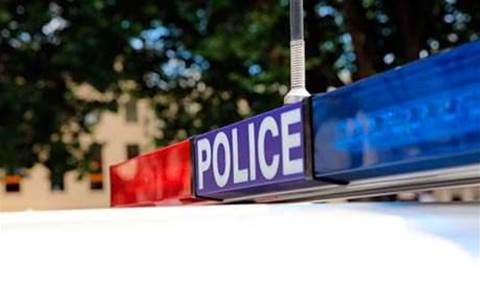 Perth-headquartered Kinetic IT has won a landmark IT services outsourcing contract with Victoria Police worth at least $164 million.

Kinetic replaces IBM and Fujitsu as the police force’s single IT services partner in the five-year contract, which commences on July 2015.

The deal has the option of three one-year extensions, which would push the value past $250 million. It replaces five deals that had been in place for almost 10 years.

At a value of $164 million for five years, the Victoria Police contract is worth roughly $33 million a year for the Perth business. Chief executive Terry North told CRN it was one of Kinetic's biggest.

Kinetic broke through $100 million revenue mark in the 2013 fiscal year – the most recent year for which records are available from ASIC. However, the company is understood to substantially larger now: North told CRN that the company had been growing at a rate of 20-30 percent, a rate it has sustained over its 20-year history.

Some 180 staff will work on the contract, most of whom are already in place, said North. Kinetic expects to reach 1,200 staff early this year.

The scope of IT services awarded to Kinetic remains similar to the five existing outsourcing arrangements that had been provided by IBM and Fujitsu and which are due to expire midway through this year.

North said there was scope for additional project work with Vic Police. ﻿"They are under no obligation to give us any project work but one would hope that if we are delivering the exceptional service we intend on delivering, a portion of that spend would come our way."

The IT service provider will also be responsible for around 300 of the agency’s 500 applications - of which 217 are custom-built - alongside VicPol’s two IBM z/OS mainframes, Windows and Unix servers, 12,500 desktops and laptops, 1200 tablets and around 2000 printers.

The Kinetic deal is likely to be highly scrutinised by state government auditors given the police force’s less-than-stellar marks on information technology in recent years, and controversy surrounding the previous five IBM and Fujitsu deals [pdf].

Victoria Police has come under sustained pressure from former Victorian Ombudsman George Brouwer over “severe anomalies and poor practices” within its IT services procurement, as well as its troubled (and halted) replacement of its LEAP system.

Despite the similarity in the services included under the new Kinetic and old IBM/ Fujitsu contracts, the focus of the new partnership is markedly different - Victoria Police is insistent in its requirement for a “clear single point of accountability”.

“These outcome-based services will focus on delivering the end outcome to the business, with service levels focused on the quality of the service provided to the business.”

Control is a recurring theme in the agency’s new approach - over the last year Victoria Police shifted from an IT asset lease arrangement to an ownership model, in which the force buys its own new hardware once a device reaches end of warranty.

Through the new contract, the force is aiming to achieve value for money by maximising IT service quality within available budget; minimising management of its IT service providers; ensuring continuity of service; creating future service flexibility; and maximising IT outsourcing while retaining “clear strategic control”.

The new approach to IT services outsourcing forms part of the agency’s efforts to reform its operational systems and use of data to support modern policing, as part of the Policing Information Process and Practice Reform (PIPP).

PIPP, which will outline a blueprint for Victoria Police IT up until 2030, began in 2011 and involved an assessment of the current and future systems that manage data as well as a study of the agency’s main operational scenarios.

It has two streams - Sustain, which looks to solve the problem of the force’s troubled LEAP core operational database; and Transform, which is aimed at ensuring police have effective IT systems to do their jobs (such as mobile technology). The PIPP project will also likely involve the rationalisation of a large number of the force’s applications.

The program is being led by the agency’s first dedicated CIO since 2009, Wendy Steendam.