Kinetic IT's revenue will rocket $50 million 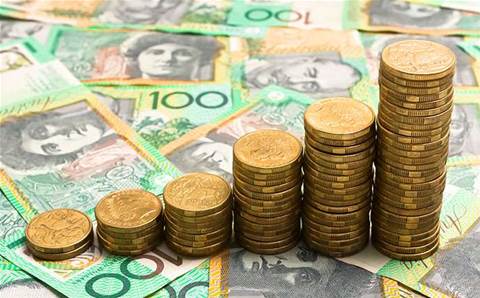 Perth-headquartered Kinetic IT is hoping to crack $172.5 million in 2016 after forecasting a whopping 37 percent growth in the year ahead.

The growth predictions follows some significant contract wins for Kinetic, in particular a $160 million deal with Victoria Police and a $45 million win with national carrier Qantas to provide service desk, ServiceNow management and SIAM (service integration and management) services.

Chief executive Terry North expanded on this year's growth milestones in an interview with CRN. "In the 2015 financial year, we invested heavily into some internal capabilities, established a few new services, including a security operations centre."

The new SOC became operational in September and has begun servicing some existing Kinetic clients, with a plan for a full market launch in January or February 2016.

Based on Intel Security/McAfee technology, the Perth-based SOC is part of Kinetic ITs team of 35 security operations staff and will service clients nationally. "We opened it and launched it into several existing customers as a end-to-end service with monthly-based pricing – a true as-a-service delivery," said North.

Kinetic IT has increased headcount by around 300 people in the 2015 calendar year, North added, including expanding the Perth headquarters and opening up a new office in Sydney to support its Qantas contract as well as adding 65 new seats in Melbourne at its Docklands premises.

The company, which first broke through the $100 million mark in the 2013 financial year, prides itself on employing Australians, with North telling CRN earlier this year: "The offshoring trend of five to six years ago is dying, in my opinion, as clients now have a real alternative and are prepared to pay a little more for quality and getting it done right first time, meeting the budgets and outcomes that they signed up for."