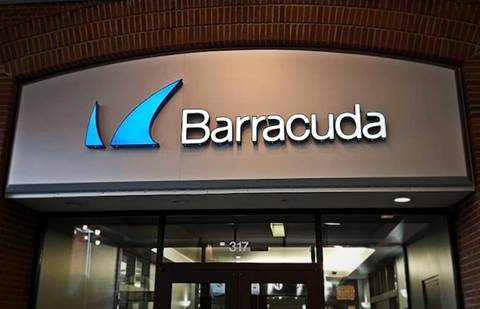 KKR is buying Barracuda from another private equity stalwart, Thoma Bravo, in a transaction expected to close by the end of the year. Terms of the deal were not disclosed, but a Reuters report pegs the value of the sale at $4 billion, including debt.

Barracuda focuses on serving small- and medium-sized enterprises with a broad suite of cybersecurity offerings, including email protection, application security, network security and data protection. It also has a partner program for MSPs. Barracuda, founded in 2003, has about 200,000 customers worldwide, according to a company press release.

In buying Barracuda, KKR made clear it intends to provide the resources to continue expanding the firm’s offerings and revenues, which currently exceed $500 million. Besides expanding into managed detection and response, Barracuda will also continue its aggressive growth into hot security markets such as extended detection and response and SASE technology, according to the statement.

“We continue to see cybersecurity as a highly attractive sector and are excited to back a clear leader in the space,” John Park, head of Americas Technology Private Equity at KKR, said in the statement. “Given its proven track record of growth and innovation, we believe that Barracuda has the right team and model to capture business in this growing market.”

Bradley Brown, managing director at KKR, said in the statement that he sees “tremendous opportunity for long-term growth” for Barracuda.

The planned takeover of Barracuda builds upon KKR’s prior investments in the cybersecurity sector, such as investments in Ping, Cylance, DarkTrace, ForgeRock, NetSPI and Optiv, among others.

Hatem Naguib, CEO of Barracuda, expressed optimism about the deep-pocketed KKR’s long-term commitment to his company.

“We believe that with the support of KKR, we will continue to invest in growth and foster a culture that gives our team the resources and inspiration to continue to create and deliver the next generation of leading cybersecurity solutions for our customers and partners,” said Naguib in the statement.

After its planned takeover later this year, Barracuda will implement KKR’s broad-based employee ownership program, which makes employees part-owners in businesses acquired by KKR. The private equity firm has implemented similar models at more than 25 companies that it has acquired since 2011, according to the statement.

Since Thoma Bravo took Barracuda private in a US$1.6 billion deal in 2017, the security company expanded its product suite. Together they “propelled the company to profitable and accelerating growth,” according to the statement.

“We are proud to have supported Barracuda to innovate and grow its security solutions portfolio, expand its customer base and achieve considerable operational improvements and revenue growth,” said Chip Virnig, partner at Thoma Bravo, in the statement. “We look forward to watching Barracuda’s continued success.”

Grow your software revenue by selling these 5 affordable, essential tools for the modern workplace
By Jay Fitzgerald
Apr 13 2022
7:16AM