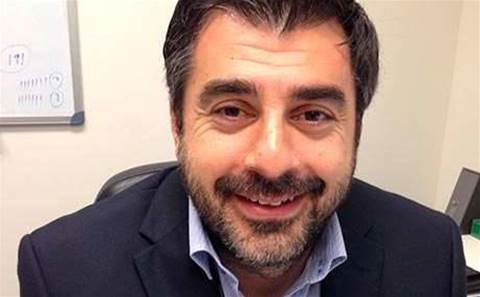 A year after Sydney-based systems integrator Klikon Solutions purchased shared services provider ac3 from the NSW government, the company is restructuring the two halves of the business.

It is part of a plan to attack different customer segments with distinct offerings.

Klikon will absorb the technical and deployment people from ac3 and will focus squarely on commercial customers, while ac3 will retain service delivery resources and aim to exclusively supply the public sector.

He told CRN: "All the technical people [at ac3] – roles such as Unix experts, virtualisation subject matter experts, database administrators – those kind of technical people will move across under the Klikon brand.

"The people that will stay and work under the MSI will be around governance, risk and compliance. Those are the people who are involved in contract management, our QA guys, our risk guys, our contract managers and people of that nature," added Xistouris.

Of the overall group's 100-odd workers, about 75 percent will work under the Klikon umbrella with the other 25 percent at ac3.

The two teams will remain at their current locations – Klikon in the inner west Sydney suburb of Rozelle and ac3 at Australian Technology Park in Eveleigh – at least until the current leases run out.

Xistouris said the strategy reflected "seismic shifts" in the way the government was approaching IT procurement, such as NSW's consolidated data centre strategy and the demand for consumption services.

The NSW government has established GovDC, a pair of data centres in Silverwater and Unanderra to host both public sector and commercial workloads.

[Photos: Behind the scenes at GovDC]

Xistouris said: "We are seeing a lot of activity around agencies and departments moving to GovDC. That has been mandated, so they are moving toward that."

He added that public sector agencies increasingly "want to procure as a service".

According to the ac3 website, the coompany bills itself as "an independent broker and provider of sustainable, scalable, secure ICT infrastructure, cloud and collaboration services".

Xistouris said the concept of an MSI goes beyond just brokering deals for cloud services from multiple vendors; ac3 will also provide public sector agencies with governance, risk and compliance and service management.

For instance, where a government agency may currently be managing relationships with multiple IT suppliers, ac3 could step in and become the single point of contact for the client.

"In some instances, the agency might have its existing provider but they want to consolidate that into a single pane of glass, so we can sit in between those multiple vendors, who may have direct contracts with the agencies. They may contract us to do the governance piece, the compliance piece, the service delivery piece with multiple providers they have contracted."

Xistouris anticipated Klikon would supply government agencies via ac3 and didn't expect any issues around conflict of interest. "At a very pragmatic level, our customers will very quickly sense whether ac3 is acting in the best interests of the customers."