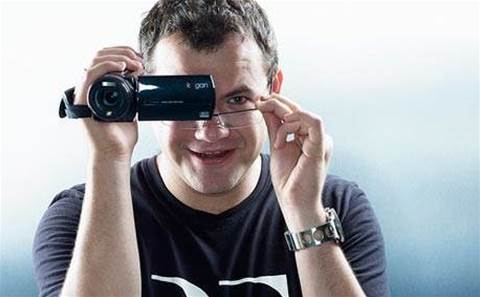 The company best-known as an online retailer revealed plans to launch Kogan Internet last year, with Vodafone providing the network and customer support.

Kogan will start with three broadband plans which all include unlimited data and a $69 upfront charge for a modem. The first plan costs $58.90 per month and uses NBN 12 services, with maximum download speeds of 12Mbps and upload speeds of 1Mbps.

The next plan costs $68.90 and uses NBN 50, the network owner's preferred speed tier. Kogan is running a promotion where customers can buy an NBN 50 plan for $58.90 for the first 24 months until the end of June.

Kogan's executive director David Shafer said: "We are always working hard to make the most in-demand products and services more accessible and we expect that Kogan Internet’s NBN plans will shake up the market with their affordable, flexible and simple offerings.”

“We’re thrilled to expand our partnership with Vodafone to bring Kogan NBN plans to Australians, enabling more Aussies to save money on their home internet connection.”

Kogan has partnered with Vodafone since 2015 when it relaunched its Kogan Mobile business, reselling 4G mobile data plans using Vodafone's network. The current partnership between Kogan and Vodafone lasts until 2022, with the option for a two-year extension period thereafter.

Vodafone only launched its own NBN products in December last year, the first time it had offered home broadband plans.

“For far too long Australians have had to put up with incumbent ISPs who are more interested in maintaining the status quo than delivering better broadband. We believe more competition is always better for Australian broadband consumers and are proud to support it.”