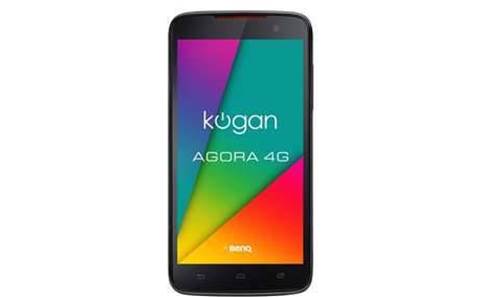 Kogan and BenQ have launched a $229 4G smartphone called the Agora 4G, which the online retailer is claiming is the "best value 4G Android smartphone in the world".

CEO of Kogan Technologies Ruslan Kogan claimed the phone offers "4G connectivity for a price point never seen before anywhere in the world".

Martin Moelle, managing director of BenQ Australia, praised Kogan for achieving a price "most people didn’t think was possible for a device this powerful and beautiful."

In 2102 Telstra announced the Telstra Frontier 4G pre-paid smartphone for $299.

The phone runs the Android 4.4 KitKat operating system and has 1 gigabyte RAM as well as 8GB of internal memory, expandable to 64 GB via a Micro SD card.

Grab the MSP security opportunity
By Alessandro Guarrera
Jul 29 2014
6:40AM