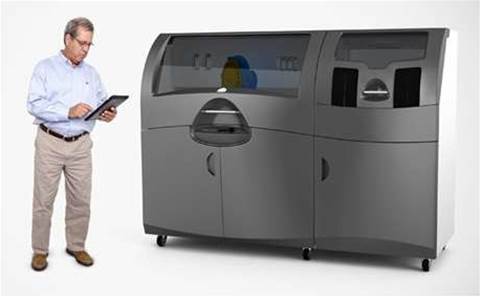 More than 70 Konica Minolta dealers around Australia will be able to sell 3D printers from 3D Systems, in the the first move by the company's Australian arm into 3D printing.

It will be the first time a manufacturer will sell, support and service 3D Systems’ products in Australia. Konica Minolta Australia’s general manager of production sales George Fryer described 3D Systems as having the most comprehensive suite of 3D printers and services in Australia.

Konica Minolta Australia will focus on the education and manufacturing sectors, as well as architects and print bureau industries.

It’s one of a number of moves by the technology channel into 3D printing in Australia over the last year-and-a-half, the most recent being major Autodesk reseller A2K Technologies offering 3D printers, starting with Makerbot and Ultimaker.

The distribution deal follows Konica Minolta Australia’s acquisition of a Sydney and a Melbourne software integrator earlier this year.

Eliminating departmental friction within MSPs
By William Maher
May 14 2015
7:24AM