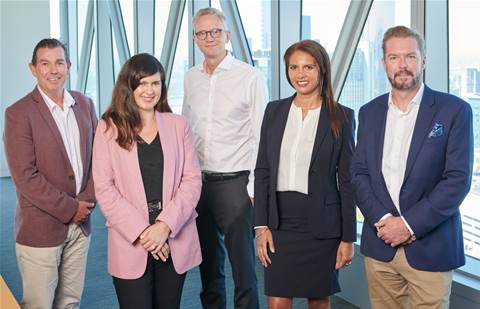 KPMG Australia has named Martijn Verbree as its new national cyber lead to replace Gordon Archibald, who moved into a new role within the consulting giant.

Verbree is tasked to lead the company’s cyber team, which provides specialist IT services to clients across various industries.

Gordon Archibald, who was cyber lead since 2015, has taken on the newly created role of cyber futures and technology lead.

“I’m thrilled to step into this important role in one of the priority investment areas of the firm, at a time when Cyber continues to top the challenges list at board rooms across the country,” Verbree said of his appointment.

“Over 100 new Cyber team members have joined this fast growing team in the last six months. As well as bringing together the diverse ranges of competencies across the firm, my goal will be to evolve our whole-of-firm approach to cyber, drawing upon the large range of expertise within KPMG.

“We are delighted to be adding some exemplary leaders to our Cyber team, which now numbers 14 partners and hundreds of specialists – and we expect to continue to grow our team through 2022.”

Verbree joined KPMG Australia in January this year after some five years at the firm’s UK operations, where he also led the cyber security team in the Corporates Consulting group.

Verbree has been at KPMG since 1999, working in various roles within its cybersecurity business. He also ran a London-based IoT startup Localz from 2014 to 2016, before rejoining KPMG in late 2016.

Mort, Passley and Winzer all joined KPMG this year, coming in from senior leadership roles outside the consulting firm.

Mort was most recently chief security officer and global head of consulting at Sydney-based legal services firm Law In Order, and CTO of cyber and ICT solutions at Optus Enterprise from 2016 to 2021. He also worked at Oracle for some 13 years across Singapore and Sydney.

Passley joined KPMG from the financial services industry, most recently working at insurer IAG Group as head of cybersecurity, architecture and consulting. She also worked at Deutsche Bank, the UK Financial Conduct Authority and the Royal Bank of Scotland.

Winzer was hired from systems integrator Unisys, where she was industry director of cybersecurity for Asia-Pacific since 2019. She also worked at Singapore-based Ground Labs, Sydney-based Stickman Cyber and a number of cybersecurity firms across Europe.

Grow your software revenue by selling these 5 affordable, essential tools for the modern workplace
By Nico Arboleda
Apr 11 2022
10:03AM