Kyndryl CEO on moving out of IBM’s shadow 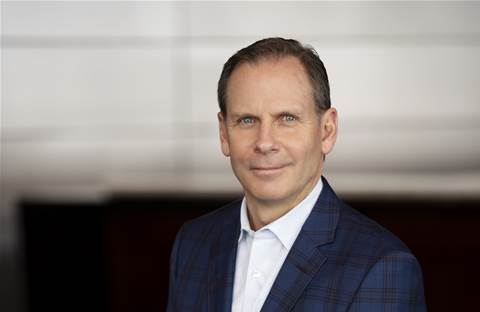 The quarter, unlike typical financial quarters, is a stand-alone quarter given that it was the first the company reported since its spin-out from IBM. Therefore, the quarter, which ended March 31, was not called a fiscal fourth quarter. Instead, going forward, the quarter which started April 1 is Kyndryl’s first fiscal quarter 2023.

Kyndryl is a global solution provider that last November was spun off out of IBM, said Chairman and CEO Martin Schroeter.

Prior to its separation from IBM, the company operated largely as a captive services provider focused on supporting the products and technologies that IBM offered to its customers, Schroeter told financial analysts during his prepared remarks at the company’s quarterly financial conference call.

“In the process, we became trusted experts at designing, managing, and modernizing complex mission-critical systems at scale for large organizations,” he said.

Kyndryl is working to expand the total addressable market dramatically from about US$240 billion to about US$510 billion by 2024 to take advantage of new opportunities and alliances around cloud, security, data, and automation, Schroeter said.

“We have the capabilities to gain share in this growing market with six global practice areas that give us an end-to-end perspective with world-class intellectual property, data and know-how with extensive alliances with other technology leaders, with an optimized delivery model, with an incredibly skilled global team of nearly 90,000 Kyndryl’s with in-depth knowledge of our customers’ industries, and with an evolving culture that is restless, empathetic, and devoted to customers,” he said.

To capitalize on that growing addressable market, Kyndryl has major initiatives around alliances, advanced delivery, and accounts to transform its business as it moves beyond its past as part of IBM, Schroeter said.

Key to that are global strategic alliances Kyndryl signed with Amazon Web Services, Google Cloud, and Microsoft, he said.

“Our alliances with the three major cloud hyperscalers are a significant part of our growth strategy because they allow us to expand beyond the boundaries of IBM-centric technologies to participate in the broader multi-vendor ecosystem where our customers want us to operate,” he said.

“And while it’s only May, we’ve already built a pipeline of more than US$1 billion of opportunity,” he said. “We also increased our cloud-related certifications by 10 percent in the quarter, bringing our total to roughly 17,500 and giving us more capabilities to market and deliver cloud services.”

These include partnerships with SAP combining its business technology platform with Kyndryl’s expertise in artificial intelligence, data and cyber resiliency services; with Nokia to help reach customers looking for LTE and 5G solutions as part of their industry 4.0 transformations; and with Cloudera to help customers enable and drive hybrid cloud, multi-cloud, and edge computing data initiatives.

“We found great interest among technology providers in working with us to make their offerings part of the multi-vendor solutions we provide, and we focus on aligning with firms that are world-class in their segments,” he said. “These strategic alliances are already helping us expand existing customer relationships and win new accounts. For example, we extended and expanded our relationship with Deutsche Bank to include cloud-related content, a work that we wouldn‘t have won before our independence.”

Kyndryl’s strategy is working, as seen in the progress the company has made since it became independent, Schroeter said.

“Within our signings growth, activity related to advisory and implementation services was particularly strong, up 50 percent year-over-year in constant currency when compared to prior year pro forma signings, and representing 16 percent of our total signings,” he said. “Growing our advisory and implementation services revenue, which tend to be higher margin and a feeder for future managed services revenue is an important objective for us. Our growth in this area confirms that our strategy is working as customers are increasingly engaging us as their trusted technology services partner.”

Kyndryl CFO David Wyshner, during his prepared remarks, said that a part of Kyndryl’s revenue decline during the quarter stems is related to its spin out of IBM.

“Our results include two points of revenue growth we picked up from pass-through revenues related to IBM,” Wyshner said. “Because most of our revenue in any given quarter is the product of contracts signed over the prior several years, our revenue decline reflects the continuing effects having been operated as a captive subsidiary of IBM prior to our spin-off, not the future growth potential of our business.”

Schroeter, when asked by an analyst about Kyndryl’s contract renewals and durations, said that as Kyndryl has brought over a large customer base from its time at IBM, and has expanded it since.

“And the substantial backlog that we bought over with us really does represent the customer base and their vote of confidence on Kyndryl and what it can ultimately help them achieve, which are a set of really complex journeys related again to them transforming their business to be more competitive,” he said.

“We are really doubling down on the relationships we have, the customer base we have, investing quite heavily in making sure they have access to the best skills, making sure that they have access to our partners and what we as a group, as a consortium, can bring to helping them on their journeys,” he said. “And these renewal relationships are going well.”

Schroeter also reflected on Russia’s war against Ukraine, noting that Kyndryl has little exposure to Ukraine and no facilities or subsidiaries in Russia. Instead, he said, Kyndryl is focused on the human aspect of the conflict, and on providing continued support for Kyndryl employees in Ukraine, their families, and customers.

“Our thoughts remain with the people of Ukraine and Kyndryl’s 74 Ukraine employees,” he said. “I stand with those calling for peace and an end to the war in Ukraine. I‘ve been moved by the generous spirit of many of our employees who have given their colleagues support during this difficult time.”

For the quarter, which ended March 31, Kyndryl reported revenue of US$4.4 billion, which was down about 8 percent from the US$4.8 billion that was reported for same period in calendar 2021, when Kyndryl was part of IBM.

Looking ahead, Kyndryl said it expects revenue for its full fiscal year 2023 of US$16.5 billion to US$16.7 billion, which would be a 3 percent to 4 percent decline from the pro forma revenue for the 12 months that ended March 21, 2022.