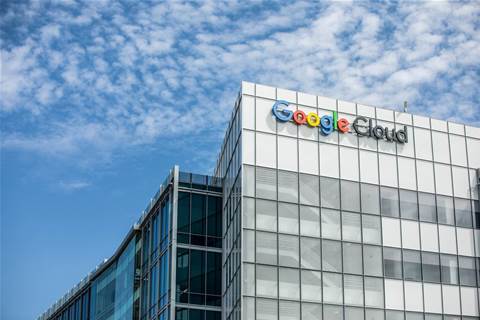 The partnership will result in at least 5,000 new certifications for Kyndryl employees through a specialised Google Cloud Academy for Kyndryl program. About 1,000 of those certifications are expected before the end of the year, Stephen Leonard, global alliances and partnerships leader at Kyndryl, told CRN US in an interview.

“We’re now going to be able to go deeper and broader with Google, because Google is investing in us,” Leonard said. “We’re investing our time. They’re investing education, they’re going to educate us to go farther and deeper than we do today.”

The partnership aims to give customers cloud-based access to managed and scalable artificial intelligence and machine learning technologies. Kyndryl also wants to expand its SAP services to hasten SAP workload migration to Google Cloud and enable connectivity at the network edge through Google technology.

The news follows Kyndryl leadership’s message that independence from IBM means Kyndryl can work with IBM’s competitors in cloud infrastructure to offer customers more technical expertise. Kyndryl executives hope that wider offerings married with an intellectual property portfolio inherited from IBM and a large employee base of 80,000-plus technical workers worldwide give Kyndryl heat against competitors such as DXC Technology.

“Some of the other parties that we’ve announced with in the last month have told us the level of work that we did within a month or four-to-five weeks is the type of thing that normally takes them six-to-nine months with other partners,” Leonard said. “We’re moving really fast. We talk about being fast, flat and focused, which we certainly are.”

Leonard said that Kyndryl partnerships are good for a vendor’s entire ecosystem, not just the vendor and the largest enterprises. He said to expect more partnerships with systems integrators in 2022 along with more strategic collaborations with vendors.

He continued: “We need to be able to solution to the client’s specific requirements, and that might be a local partner in a local part of the world where we don‘t have that access, we don’t have that reach.”

Kyndryl’s post-spin-off partnership announcements include an expanded partnership with VMware, an SAP certification related to cloud operations and naming Microsoft its only “premier global alliance partner.”

In addition to the Google Cloud news, Kyndryl announced a new strategic agreement with defence and aerospace company Raytheon Technologies.

“It’s a huge investment, and it’s a huge vote of confidence in Kyndryl as an independent company,” Leonard said.

US-based Raytheon wants to reduce its data centre footprint by 60 percent through the partnership, according to a Kyndryl statement.

Raytheon had an existing relationship with the IBM managed infrastructure business that became Kyndryl in November.

Grabbing the hybrid cloud opportunity with Lenovo and Azure Services
By Wade Tyler Millward
Dec 10 2021
6:45AM