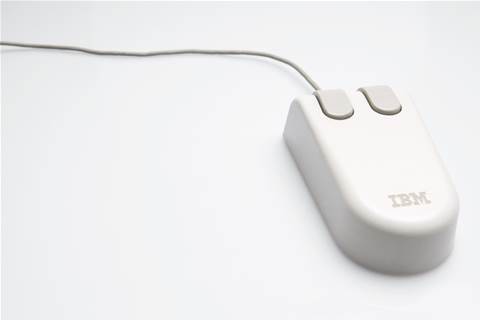 Now that IBM has spun off its managed infrastructure services business into the independent, publicly traded company Kyndryl, executives at both IBM and its subsidiary Red Hat say that channel partners should see new opportunities looking ahead.

One of the biggest advantages for partners of IBM is simplifying how to talk to customers about the company’s offerings, Bob Lord, IBM’s senior vice president of worldwide ecosystems, told CRN in an interview. The new IBM is focused on software, consulting and hybrid cloud and artificial intelligence built on Red Hat OpenShift.

“You look at IBM very differently than you did before,” he said. “For our partners, I think it‘s actually going to provide them a lot more clarity, and provide them with a greater ability to capture new opportunities and create value for their clients.”

The spin-off of Kyndryl and changes IBM made to how it reports its sales publicly every quarter have not changed new initiatives to help partners, including a new go-to-market strategy that started in January and spending of US$1 billion on the partner ecosystem in technical support, help securing competencies and other areas.

The company will continue to invest in new relationships with independent software vendors and solution creation with large-sized technology consulting firms such as Deloitte and EY.

Those two types of relationships should create new offerings and services that smaller partners can offer their own customers, Lord said. Examples include Red Hat OpenShift Service on AWS (ROSA), an integration built with cloud giant Amazon Web Services, and DAPPER, an artificial intelligence-enabled managed analytics solution built by IBM and Deloitte.

Services within IBM Consulting, the former IBM Global Business Services segment, are also available to partners, he said, as is a team of worldwide hybrid cloud IBM employees.

While partners shouldn’t expect to see a shared program between Red Hat and IBM anytime soon, Lord still encouraged IBM partners to invest in certifications and expertise around Red Hat offerings to take advantage of the new IBM.

“A lot of the partners are seeing acceleration in the Red Hat practices because that‘s really a first step within our clients to get on these hybrid cloud environments,” he said.

“That‘s been a hallmark of Red Hat from the beginning of time,” he said. “It’s in our DNA, being the flagbearer of open source.”

Partners still have plenty of reselling opportunities for Red Hat, Farrell said. And as Lord said about IBM and its partnerships with ISVs and larger consultants, smaller Red Hat partners can expect to benefit as new solutions trickle down the ecosystem.

“The thing about any of the big partnerships that we’re involved in is that, yes, it‘s a good thing for customers,” Farrell said. “Yes, it’s a good thing for Red Hat and for that big anchor client. But there’s this long tail of benefit that comes with that because of that peloton effect, that drafting effect. And we all know that markets, particularly open source markets, which are based on standards, are based on critical mass and that there’s a tipping point.”

He continued: “You don‘t drive the adoption and you don’t drive the customer value without the smaller providers that have that intimacy and that locality with customers.”

Farrell said he wants to see more partners enter the ecosystem to meet customers’ demand and that partners can expect new reselling opportunities in 2022, with more information coming by January. In the meantime, deepening expertise in Red Hat’s product suite will serve partners well, he said.

“The big opportunity for our partners of all sizes and shapes is to invest in skills, capability and solutions that are on our stack that customers are already deploying because we’ve got a demand statement there,” he said.