Labor decides NBN’s biggest problem will be its salvation 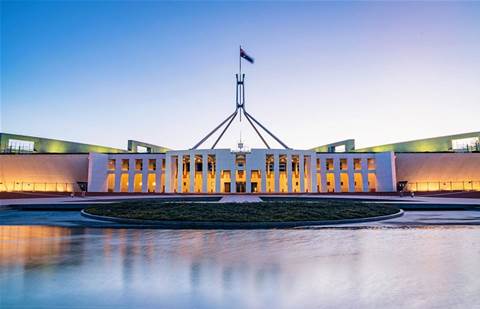 The Australian Labor Party’s newly-announced broadband policy shows it has been backed into a place at which it has to be crazy brave to differentiate itself.

For starters, the new policy reverses the party’s long assertion that anything other than a full-fibre NBN is a fraud on the nation, and that re-scoping some parts of the NBN build to replace fibre-to-the-node with something else was therefore necessary.

Shadow communications minister Michelle Rowland justified the reversal by saying the new policy “… requires the honesty to acknowledge there are realities we cannot undo, whilst knowing that with the application of will and initiative we can try make the best of the NBN and position it for the future.”

Or in other words, the ALP has learned to live with fibre-to-the-node and no longer sees advocating for more fibre as a differentiator worth pursuing. The new policy does advocate for future field trials to seek co-investment for more fibre builds in the fibre-to-the-node footprint, but rules out substantial new builds until feasibility studies and a look at NBN finances to see how such builds could be funded.  That’s a big reversal from the party’s previous stance that will disappoint many.

The second reason it’s brave is that the policy relies on up to 750,000 visits to homes to play with internal wiring, and we know that NBN just isn’t great at field service.

Rowland’s plan centres on “installing a signal splitter” that NBN trials have found “delivered an average speed improvement of 11 megabits per second.” She added that installing splitters improved stability at 70 percent of premises and that installing the devices “is not complicated. It requires a licensed technician to attend the home and install a signal filter, or re-cable poor internal wiring.”

But as we know, installing anything in peoples’ homes is hard, because NBN people miss 469 appointments every day.

And Rowland has already told us that about a third of the up to 750,000 visits won’t fix the problem for FTTN users. So those people may well need additional visits.

All of which adds up to enormous potential for frustration and foul-ups. And Labor is doing this willingly, even though it knows that consumer frustration with the installation experience is as much a part of the NBN’s problem as poor network performance.

Oh and let’s not forget that the last time the ALP ordered a massive civil works program in homes, the home insulation program, shoddy program design led to deaths. Any delay or inefficiency in this program will see some sections of the media recall those tragedies.

This isn’t a criticism of the ALP’s new policy. Clearly something needs to be done to get FTTN working more reliably.

But by assuming NBN Co’s clear field service weakness will fix the problem, the plan leaves the ALP and NBN Co to the same criticisms it currently cops, all while ignoring alternative upgrade paths like G.Fast for FTTN users.