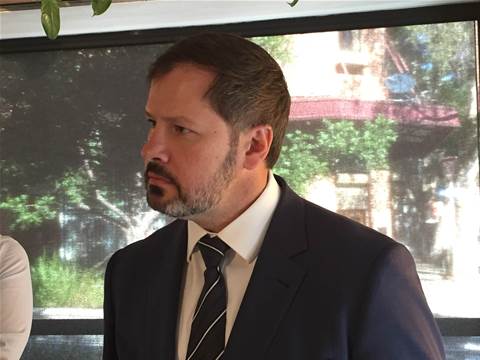 The Digital Transformation Agency will be spared the axe if Labor wins Saturday's federal election, but the agency will likely have its role and structure substantially shaken-up to realign it with different policy objectives.

That’s the direct take from Ed Husic, Labor’s shadow minister for the digital economy who finally put some lean meat on Labor’s bare-bones technology policy. In the process of doing so, Husic also drew a big question mark over where the government’s pursuit of a national digital identity rollout is headed.

Speaking on the sidelines of a start-up forum hosted by InnovationAus in Sydney on Tuesday, Husic told CRN's sibling publication iTnews that Labor had been supportive of the DTA from its inception under former PM Malcolm Turnbull, but the continued bungling of major government tech projects has Labor worried.

“We were supportive of [the DTA's creation] and we still are, but we were concerned about some of the approaches and the way that they were managing it,” Husic said.

“We recognise [DTA’s] importance [but there’s a need] to look at the way in the governance of projects is managed.

“We have no intention to get rid of it or disband it. But having said that, that doesn't mean that there won't be changes post-election,” Husic said.

One of the most major changes, which portfolio the DTA is in and the minister overseeing it, may be beyond Husic’s control.

In the Canberra bureaucracy, the known but unstated preference is to return technology management to the Department of Finance which controls expenditure.

Under Labor’s former Communications, Digital Economy minister Stephen Conroy, there was persistent tension over the pace of change in digitising government services, fuelled in part by the underwhelming Gershon review of government ICT that missed the mega trends of cloud, mobility and online transactions.

Husic is hedging his bets on where the DTA will land, saying “the biggest thing is digital transformation is inescapable” and that “it will become increasingly a part of every portfolio and [the DTA] will need to refresh the way that they're operating."

The really bad news for the DTA, and the wider government and regulated business ecosystem, is that there’s distinct unease about the creation and use of a government-issued digital identity credential that is now being tested by the DTA.

Husic told iTnews he still needed convincing that such an instrument – whether issued by Canberra, Australia Post or major businesses – had sufficient support in the community to achieve uptake and widespread use.

“I still think there's a way to go,” Husic said.

“For the people that are so strongly advocating for digital identity to roll out more, they need to be conscious of the environment in which they're doing that. There is a heightened [community] expectation about data protection.

“What's the security around the data that's gathered through that?” Husic queried. With identity carrying across so "many fields, and [in] so many ways", Husic again questioned this would be protected.

“I have watched [and] I've not been an evangelist for it,” he said plainly.

“I understand it's obviously something that's going to emerge… There's been a lot invested in it, a lot of consultation done around it. And I know the DTA [have] been engaged in terms of the framework around it," Husic said.

Husic and Labor’s position on identity credentials in general have, in a broad sense, remained consistent with the past. In the dying days of the Howard Coalition government Labor publicly skewered Joe Hockey’s attempt to get a $1 billion Human Services Access Card up and running to make inter-agency transactions more efficient.

As the Rudd government took power, Health minister Nichola Roxon then dialled back the issuance of a national eHealth record from opt-out to opt-in on the basis of privacy and consent concerns, deeply frustrating clinicians in the process as voluntary take-up cratered.

Under the current MyHealth Record system, issuance finally flipped back to opt out, despite prominent criticism from some quarters.

Husic reckons that if people don’t like the digital tools given to them by government, they just won’t use them, thus creating another set of problems for government.

“There needs to be wide community support. That will be the best indicator of success,” Husic told iTnews.

“I am watching the greater challenge about how [digital identity] will be rolled out in an environment [where] the general public is becoming a lot more alive to the notion about how their data is being used, and how systems are set up and the way this stuff is, is operating.

For all the question raised, Labor’s Digital Economy spokesman did manage a commitment not to use the DTA’s digital identity project as an Australia Card scare tactic in the election campaign after months of rumours an attack ad was in the advertising arsenal of campaign headquarters.

“We haven't seen one from us so far. We've wanted people to contemplate [digital identity] consider it, plan for it without doing that. So we've been being responsible in that way,” Husic told iTnews.

Telecommunications Services
By Julian Bajkowski
May 16 2019
6:12AM