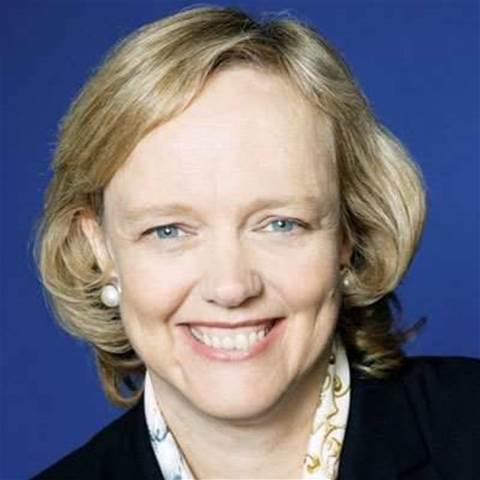 A new class-action lawsuit alleges that Hewlett-Packard sought to withdraw its $11.1 billion acquisition of British software maker Autonomy just weeks before the controversial deal was finalized.

The 115-page lawsuit, which was filed in the U.S. District Court, Northern District of California, San Francisco, on May 3 on behalf of Dutch pension fund PGGM Vermogensbeheer, B.V. and other shareholders, alleges that "unbeknownst to investors before HP's offer to acquire Autonomy closed on October 3, 2011, HP was actively seeking to withdraw its offer to purchase" the big data software company.

That bid to withdraw the offer is a critical matter since HP announced just over a year after closing the Autonomy deal that it was taking an 85 percent write-down, or an $8.8 billion charge, against earnings because of what it has called "serious accounting improprieties" at Autonomy. That write-down on November 20, 2012, sent HP shares plummeting 12 percent in a single day, wiping out $3.1 billion of HP's market capitalization.

The lawsuit alleges that then-HP Executive Chairman Ray Lane, who is still on the HP board of directors, "asked HP's financial advisors [Barclays and Perella] whether HP could back out of the deal before it closed," but was told that "U.K. takeover rules made that impossible."

"For HP to invoke a material adverse change condition under the City Code before its Autonomy transaction closed on October 3, 2011, HP would have been required to demonstrate to the Panel that circumstances had arisen affecting Autonomy which HP could not have reasonably foreseen at the time of the announcement, of HP's [Autonomy] offer on August 18, 2011, and which were of an entirely exceptional nature," according to the class-action lawsuit. "Given the numerous publically-available red flags about Autonomy that made it reasonably foreseeable that Autonomy was overvalued and/or engaging in accounting improprieties when HP announced its offer on August 18, 2011, HP could not successfully withdraw the offer."

Among the "red flags" pointed to by the class-action lawsuit are "no less than 14 reports" from the Center For Financial Research and Analysis (CFRA) "questioning Autonomy's purported growth and financial reporting." The lawsuit also points to a number of reports from Paul Morland, a technology analyst with brokerage firm Peel Hunt, including a June 2009 Autonomy report entitled "Accounting Red Flags." In addition, a July 23, 2010, Peel Hunt report noted that the firm remained "concerned about [Autonomy's] constant attempts to flatter the true picture and announce growth rates which we believe are well above actual rates."

What's more, the lawsuit investigation by lead counsel points to "information developed from former HP and Autonomy employees" and [U.K. IT consultant] Alan Pelz-Sharpe "who referred Autonomy to the United Kingdom's Serious Fraud Office for 'alleged suspicious practices' before the Autonomy acquisition closed on October 3, 2011." The suit also alleges that Morland "alerted HP's Investor Relations Department about Autonomy's manipulative accounting practices prior to the Autonomy acquisition."

The lawsuit alleges that Lane, HP CFO Cathie Lesjak and then-new HP CEO Meg Whitman "recklessly disregarded, and/or turned a blind eye to, Autonomy's overvaluation and impairments, reluctantly allowed the Autonomy acquisition to close, and resolved to try to quietly clean up the HP/Autonomy debacle internally."

HP did not respond specifically to the allegations that the company attempted to withdraw the $11.1 billion Autonomy offer or to whether Lane, Lesjak and Whitman "reluctantly" allowed the deal to close.

But HP did supply CRN a statement in which the company again pointed to alleged accounting misrepresentation by Autonomy management.

"As we have continually said, HP relied on the audited financial statements and the representations of Autonomy's management and its auditors regarding Autonomy's business and revenue," HP said in a statement. "Those facts and figures appear to have been willfully manipulated by certain Autonomy employees prior to the company's acquisition, to mislead investors and potential buyers.

NEXT: HP Partners See Bright Future For HP Autonomy Despite Lawsuit"HP's position is the same as it has been from the beginning. We have handed over our information of serious misrepresentations in Autonomy's accounting to the proper authorities, namely the SEC and the Department of Justice and in the U.K., the Serious Fraud Office. We continue to cooperate and provide requested information to the relevant authorities on an ongoing basis."

Several HP solution provider partners, for their part, said they still see a great opportunity to bring game-changing big data solutions to customers with what they see as superior HP-Autonomy technology.

"I believe the Autonomy technology is important technology that will help NWN customers solve problems," said Mont Phelps, the CEO of NWN, a $266 million HP enterprise partner headquartered in Waltham, Mass. "The issue with regard to the lawsuit as to whether they paid too much or not is frankly not an important issue for me. I can understand shareholders being concerned about it. No one wants to pay too much. But at the end of the day, this is technology that will be beneficial to our customers. It's still early for [big data solutions], but what happened with the acquisition is not relevant to whether we carry the technology or what we do with it to help our customers' solve business problems. That is a shareholder and Wall Street issue that is not going to affect us."

Another top solution provider CEO, who did not want to be identified, said he is anxious to see HP, which is just rolling out a major Autonomy channel initiative, aggressively offer the software through channel partners. "We are anxious to learn about Autonomy and get involved with the product," said the CEO. "Who doesn't want to have services related to a software product like Autonomy? That's the dream for us and for HP when they bought them. We are looking for to channel engagement with Autonomy."

HP Software Executive Vice President George Kadifa recently told solution providers on a partner webcast that HP is "definitely" recruiting partners to sell the Autonomy iManage product line focused on document management in the legal profession. "In that area we are actually the No. 1 player," he told solution providers. "We basically service about 80 percent of the large law firms. And now what we are doing is going to the enterprise and offering that kind of service to the enterprises. That is an area where we welcome channel participation because the set of opportunities is much larger, and we are very, very focused on expanding that set of opportunities."

Whitman, for her part, has repeatedly stressed that HP is firmly committed to the Autonomy product line. "I still get questions about our commitment to Autonomy, and we are 100 percent committed to Autonomy," she told partners during the recent webcast. "And Autonomy actually is doing quite well this quarter. Of course it is a smaller business than we had been led to believe. But the good news is it is growing. Everywhere you go, people talk about the magic of the Autonomy business and the Autonomy technology. So just in case anyone is wondering: are we committed? 150 percent committed. This could be a big business for HP. So we are delighted."

Grabbing the hybrid cloud opportunity with Lenovo and Azure Services
By Steven Burke
May 9 2013
10:58AM