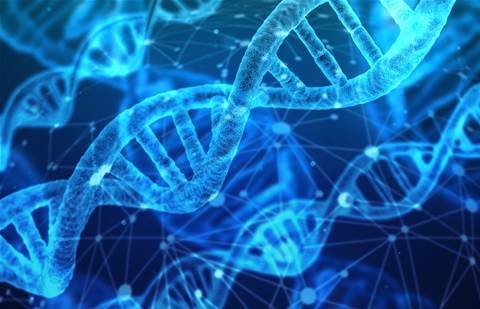 AGRF processes 10TB of high-value data on an average week and needed a storage system for managing, protecting and accessing the data at the lowest possible cost.

With facilities across Australia, the AGRF played a fundamental role in COVID-19 research and is working to support conservation efforts for Australian threatened species through gene sequencing.

“We’re a data organisation in every sense of the word,” AGRF ICT manager Douglas Morrison said.

“Mapping the genome of one patient involves 100-125 gigabases, and easily three times that if we’re analysing specific tumour samples. Multiply that by 1,500 patients or so in just one typical study, and the data adds up fast.

He added that in some cases, such as cancer screening, handling data quickly could help “significantly decrease” turnaround times.

Prior to the upgrade, AGRF had been using tape backups, which meant the IT team was spending 16 hours swapping tapes each week, which was quickly becoming untenable.

“Because we had to spend so much time on backups, we weren’t always available to assist staff if they had an issue arise. In addition, if we needed to retrieve backup data for a project, they had to wait for us to locate the right backup tape and restore it,” Morrison said.

After an evaluation period, the facility chose the Cloudian HyperStore solution for its scalability and because it was “half the cost of public cloud storage, a huge consideration for AGRF as a not-for-profit organisation.”

Layer 8 discovered the opportunity, developed the RFQ, then jointly deployed the solution with Cloudian.

“We were supported by the Cloudian team from the beginning, who helped us map the customer requirements to a Cloudian solution. Ahead of the equipment delivery we conducted a design workshop where we agreed on key configuration details, which were then put into place once we had it racked onsite,” Layer 8 director Ben Brokliss said.

“The installation was seamless and much simpler than previous traditional storage arrays we have been involved with. Much of the complexity is working out the network connectivity at the customer site (which is our strength), with the Layer 8 Networks team shadowing Cloudian for storage configuration.”

“The importance of genome sequencing and mapping has become even more apparent over the past year in the effort to combat the pandemic,” Cloudian’s ANZ and Oceania regional director James Wright said.

“This industry is driving medical advancements all over the world and is key to beating the virus. Reflecting AGRF’s leading role in the industry, the facility is leveraging its enhanced storage infrastructure to achieve better, faster research results that will enable continued innovation and ultimately improve people’s lives.”

The solution is set to play a role in an upcoming project for the AGRF as researchers work to map the genome of the Australian box jellyfish, one of the world’s most venomous creatures, to develop improved antivenoms.

Eliminating departmental friction within MSPs
By Ben Moore
Jun 22 2021
11:41AM