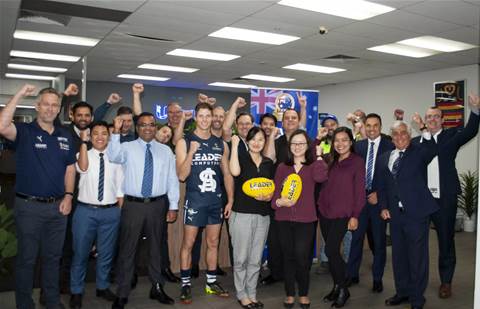 Adelaide-based distributor Leader Computers has announced it will remain as a sponsor of the South Adelaide Football Club as a joint major partner with Flinders University.

The club, also known as The Panthers, is an Australian rules football team competing in the South Australian National Football League.

In the announcement, the club said Leader’s renewal would help fund investments in football programs. Leader branding will also be printed across the front of player uniforms and later on the shorts of the senior women's team from 2022.

Leader Computers chairman Paul Kristoris said he was delighted to be able to continue the company’s continuing support with South Adelaide. Kristoris was also a former club chairman

"As the largest 100 percent Australian-owned PC manufacturer, we are very proud to give back and support one of South Australia’s strongest football clubs.

"We have been involved with the club for many years and could not have been more proud of the Panthers, and the fact we are able to continue our support is fantastic."

South Adelaide CEO Neill Sharpe said the support of Leader, as well as directors Paul and Theo Kristoris “has simply been outstanding” for many years.

"Much like South Adelaide, Leader Computers share the same key values as our footy club and thanks to their support we can continue to improve our football programs,” Sharpe said.

"Leader Computers has also allowed us to fully upgrade our football, administration and Jimmy Deane's Bistro PC's to streamline our staff's workflows.

"Through this partnership we have also been able to work with other partners such as Loftus to improve our infrastructure with equipment from Leader."