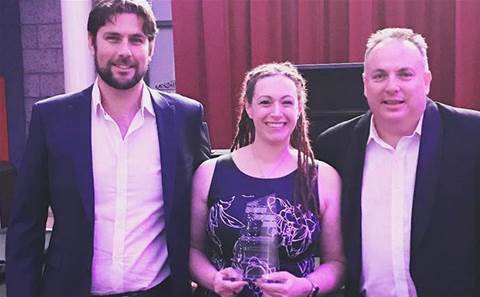 Leading Edge Computers Griffith has capped a heady 12 months of growth by scooping the top award at this year's conference.

The regional New South Wales operation beat out four other finalists to take home 'Store of the Year' at an awards night at Movieworld on the Gold Coast. The win comes a year after the store's ambitious move to relocate into premises vacated by the local Dick Smith.

Speaking to CRN last year, store owner Tegan Le Page said her company's focus on quality staff helped it succeed. "We have a fantastic team, but we are very particular about what kind of people we bring in. It can be difficult, not only to find skilled people, but also to find those who are going to fit in and share the same values we do."

LEC Griffith moved into the much larger Dick Smith site earlier in 2016, redesigning the space and picking up some former Dick Smith customers and staff.

The other LEC member to take home a major award this year was Another Computer Store, based in Launceston, Tasmania. The company was named 'Business of the Year'.

Bill Brown, who has spent decades in the IT business, was named 'Local Hero', alongside three award categories for LEC suppliers.

Printing vendor OKI picked up 'Brand of the Year', distributor Dynamic Supplies scored 'Supplier of the Year', and Carmel D’Angelo, mass retail channel manager and educational specialist of Leader Computers, was recognised as 'Outstanding Account of Manager of the Year'.

Leading Edge Computers has approximately 130 stores across the country, with a particular focus on regional Australia.

CRN attended the Leading Edge Computers conference as a guest of LEC.

Telecommunications Services
By Steven Kiernan
May 2 2017
6:30AM