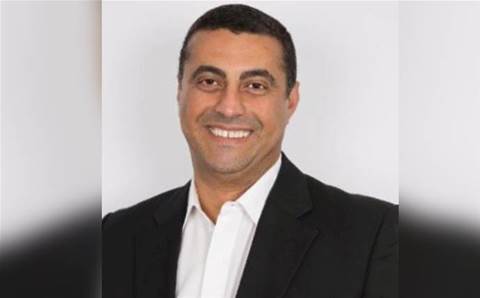 Leading Edge Computers has promoted Andre Said to national group manager, the new lead position for the computers group, which has more than 120 stores across Australia.

Leading Edge Group boasts revenue of more than $200 million, according to data from IBIS World, and operates in segments including computer reselling, electrical, jewellery, music and books.

Said was quietly promoted late last year from a product manager role, which he held since joining LEC in April 2016. He will continue to report to Scott, but with greater responsibility across managing product, members, vendors, relationships, leading marketing strategy and the overall direction of the business.

Said has previously served as national account manager for Toshiba, a state manager for Synnex, JVP for The Good Guys, and spent seven years across two Harvey Norman stores as proprietor.

The computers group head said nearly all of LEC’s members were engaging in B2B work, BYOD and some form of managed services, which the company has made a core part of its strategy for the best part of the last decade.

“We’ve got 122 members in the group. It’s a diverse group and each of them will have touch points within the industry at different levels on the verticals in which they specialise,” Said told CRN.

“At the same time as they feed information to us, we also – through our vendor and distributor relationships – discuss what's trending to make sure that our members are not missing out on opportunities.”

Four years ago, LEC launched its Business Solutions Group, which supports and certifies members focused on enterprise services; the BSG has grown from 8 to 11 members since 2016, according to Said

“Our Business Solutions Group allows members who do that managed services-, corporate-, government-type work to partner with like-minded peers,” he said.

“So it has a minimum certification around it, and its current members build assets and they have a whole bunch of documentation that we’re putting together into a shared portal that's made available to the BSG members.

“It's also a brains trust that allows other members to use previous experience of a particular business or multiple businesses when they go to do tenders, or engage in government contracts or other corporate and commercial work.”

The BSG has room for growth, according to Said, who expected to engage more members around a pathway to increasing business services further during the conference.

This year’s LEC conference was geared toward the power of connection, and the company is encouraging delegates to make use of a collective experience base of more than 11,000 years across its member businesses through networking and a series of engagement sessions.

Financial operations, marketing strategies, team and employee psychology were covered at the event, which also included a supplier trade show with multiple vendors and distributors, including Microsoft, Ingram Micro, Synnex, Anyware and many others.

The group is also provisioning non-transactional websites for those members that do not operate a transactional e-commerce site. This gives them a digital presence and can even allow businesses to take orders for products, which can be transacted in-store.

Michael Jenkin travelled to the Leading Edge Computers conference as a guest of the organisers.