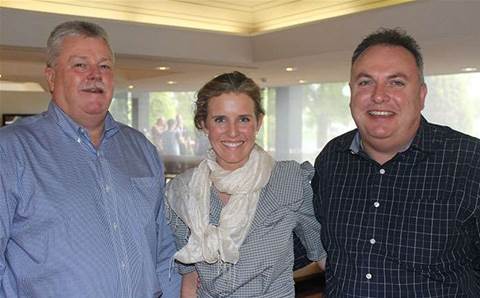 Leading Edge Computers (LEC) resellers have pledged more than $15,000 toward youth cancer through the Sony Foundation.

This marks the sixth year since LEC first partnered with the Sony Foundation - which is the charitable arm of Sony Australia - with a focus on youth issues, including severe illness, drug and alcohol addiction, homelessness, disability and displacement.

In a moving speech at this year's LEC conference in Melbourne, Sony Foundation CEO Sophie Ryan discussed 'You Can', its partnership with CanTeen to support young people who have been affected by cancer.

According to Sony Foundation, young Australians with cancer are a "forgotten generation", with the incidence of cancer almost three times higher in young people compared to children under 15 years.

At the conference, Ryan praised the Leading Edge resellers who have raised money through an annual donation scheme.

At the end of the presentation, conference attendees were asked to donate $10 a week – $520 per year – to the scheme, with some 30 LEC members immediately signing up.

The partnership between LEC and Sony arose when Graham Dear, CEO of Leading Edge Buying Groups, heard about the Sony Foundation on the radio. What started as a fundraiser based on LEC stores acting as drop-off points for donated mobile phones evolved into a gold partnership, and since 2010 Leading Edge resellers have raised significant donations for the Sony Foundation.

As well as the member pledge, Leading Edge raises money for the charity through other drives; at tonight's awards dinner, it will hold a charity auction to support the Sony Foundation.

LEC is currently holding its annual tradeshow conference at the Pullman Hotel in Melbourne.

The journalist was a guest of Leading Edge Computers in Melbourne.