Leighton to build its own Singapore-Perth cable 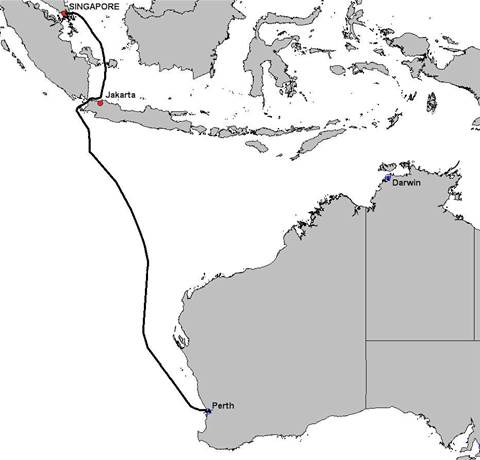 Australian construction giant Leighton Holdings has signed an agreement with Alcatel-Lucent to build a 4800 kilometre submarine cable network between Singapore and Perth.

The agreement replaces an abandoned joint-venture announced in January 2010 under which Leighton’s NextGen Networks was to construct a similar network with Singapore’s Matrix Networks and Indonesian landing station operator PT NAP.

The ASC (Australia-Singapore Cable), to be built and laid by Alcatel-Lucent but sold by a new Leighton subsidiary ASG International, will launch at 40 Gbps but has been designed to be upgradeable to 100 Gbps as capacity requirements increase.

The Singapore-Perth link will be connected to an existing fibre link owned by Leighton subsidiary NextGen Networks between Perth and Sydney to give multinational corporations a dedicated link between two of the Asia-Pacific’s largest financial capitals.

Peter McGrath, executive general manager at Leighton Telecommunications confirmed that the company is in discussions with several large domestic and international customers to sign-on as co-financing anchor tenants on the route.

The contract with Alcatel-Lucent includes some flexibility to cater for ‘branching units’ along the route – via which the contract could be amended to connect facilities along the way of the route, should customers demand. The cable has been built, for example, with the option of landing in Jakarta, Indonesia, but as yet the company said it has no plans to land there.

McGrath said it would be premature to disclose which customers have been approached.

He said the joint-venture with Matrix and PT NAP was abandoned because global carrier customers seeking long-term rights to use the network (in industry parlance, an IRU or International Right of Use) sought guarantees that a single provider could offer the same speed across the entire length of the network over periods as long as 15 years.

“From Day One, we’ll own this cable,” he said. “We will be able to guarantee the same speed from Singapore through to Sydney.”

McGrath told iTnews that Leighton/ASC International has signed with Alcatel-Lucent for Phase One of the rollout, which sees Alcatel-Lucent conduct a formal survey of the ocean floor along the proposed route.

ASC International has already conducted a preliminary survey, McGrath said, but the latter was required to optimise the route. 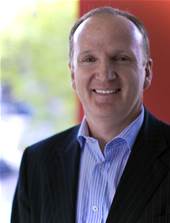 McGrath said certain sections of the route (close to Perth and Singapore) involve sections where the water is less than 1.5 km deep, necessitating the use of dredging. The deepest parts of the route are some 5km to 6km deep.

ASC International hopes this formal survey to be completed by February 15, 2012.

Phase Two would see Alcatel Lucent build the cable and associated equipment in France before loading it on a cable-laying ship, while the pen pushers secure permits for laying the cable in the international waters where it will pass.

Assuming permits are signed without delay, Alcatel-Lucent will then lay the cable, as well as the construction of amplifiers every 80 – 100 kilometres along the route to ensure the network meets the speeds required.

If all goes well, the company expects the construction to be completed in mid-2013.

McGrath said the cable will come ashore near Perth and be run directly (via concrete-encased conduit) to a Metronode data centre at Shenton Park, WA, where it can connect to the domestic NextGen network for transmission to Sydney.

ASC International is in negotiations with several data centre and landing station operators in Singapore, but was yet to make a final decision on where the route will terminate, McGrath said.

NextGen Networks managing director Phil Sykes told iTnews that NextGen is “scaling up” its domestic network “to meet the challenge” of international customers signing on to the ASC International route.

“This will be great news for existing corporate customers looking to grow their capacity direct into Asia,” he said.

At the conclusion of the build, McGrath said the cable would offer the “highest capacity, lowest latency” link between Australia and South-East Asia.