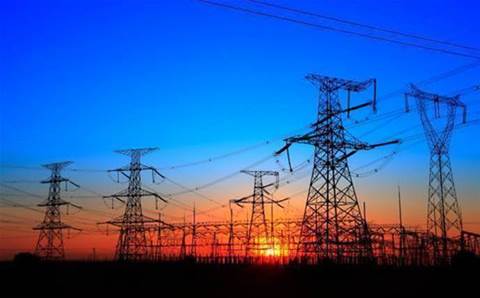 Cloud migration specialist Lemongrass Consulting has been tapped by Energy Queensland to migrate its SAP applications and environment to AWS.

Energy Queensland is a group of government-owned electricity distribution, retail, and energy services businesses. The company had multiple SAP applications hosted on SAP HANA Enterprise Cloud (HEC) and it wanted to move to a cloud with more scalability and flexibility as it grew.

The company eventually landed on AWS following an evaluation period, and tapped Lemongrass for the migration work.

“AWS has a strong track record of running SAP workloads, and in terms of scalability, AWS overall was ideal for the SAP S/4HANA applications we needed to move,” Energy Queensland senior project manager Mark Armstrong said.

Founded in the UK, Lemongrass is a specialist of SAP migrations to AWS, including services like planning, migrations, operations and software development related to SAP migrations. The company has an office in Melbourne as its Asia-Pacific headquarters, employing 30 staff.

Lemongrass executive vice president Jason Nicholl told CRN that the company was awarded the migration following a closed tender. The company was introduced to Energy Queensland by a number of “external parties” that said Lemongrass should be considered for the migration.

“[Energy Queensland] ran a very rapid, very impressive four-week procurement exercise, which was very detailed and very prescriptive,” Nicholl said. “We were able to provide some references for some of the unique things that we were able to do, and then we moved into the program.”

The project was split into three steps - design, migration and the managed services, all of which involved Lemongrass.

At the design phase, Nicholl told CRN that Energy Queensland pointed out that it had an in-flight program that was crossing through the migration, so Lemongrass had to find ways to take time out of the timeframe.

The migration was completed in five months, which Lemongrass said was a shorter timeframe compared to what usually lasted one year. Lemongrass is also staying on for an additional three years for the ongoing managed services step.

Nicholl said in a statement, “By performing the migration and delivering quickly, we helped Energy Queensland focus on what it does best—deliver power services to its customers.”

The SAP environment was moved to multiple AWS availability zones to ensure failover across multiple zones and that systems never have to go down. AWS also provided Energy Queensland higher availability compared to SAP HEC for increased reliability.

Energy Queensland is also now able to create new IT environments and manage new initiatives faster than before, now having the ability to provision virtual servers in several
minutes instead of several days. This included a recent upgrade of the company’s SAP environment.

AWS ANZ country director for public sector Iain Rouse said, “By working with Lemongrass to migrate its SAP environment to AWS, Energy Queensland have been able to reduce their costs and unlock the agility needed to quickly create new IT environments and manage new initiatives faster. Energy Queensland can now provision virtual servers in several minutes instead of several days and have unlocked new innovation capabilities to support their digital transformation program.”

“These changes are helping Energy Queensland to achieve its goal of safely delivering secure, affordable, and sustainable energy solutions to its communities and customers.”

Mitigate tech risk in your business
By Nico Arboleda
Mar 7 2021
6:30AM