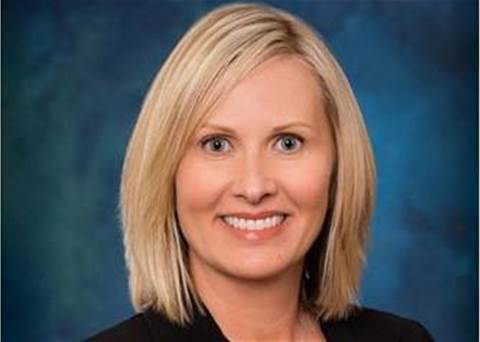 Lenovo’s global channel chief for its Data Center Group, Nicole Roskill, has left after less than 18 months with the company, Lenovo has confirmed to CRN.

“Nicole Roskill has left Lenovo,” said Lenovo in a statement to CRN. “Earlier this week, an announcement was made internally that José Luis Fernandez will be taking on an expanded role as [Worldwide] Channel Sales Leader in addition to his current position as President & GM of Data Center Group for Latin America and Caribbean region.”

Roskill was initially hired in February 2019 as executive director, global channels for Lenovo’s Data Center Group, marking the first time Lenovo had ever had a global channel chief position compared to previously having regional channel leaders for each geography. In an interview with CRN last year, Roskill cited her desire to boost the company’s global partner strategy.

“It was really time to put somebody in this global role,” Roskill told CRN during Lenovo Accelerate 2019. “There are a lot of efficiencies to be gained and a lot of ways we can really elevate our partner program.”

Lenovo said José Luis Fernandez will be taking on the responsibilities from Roskill.

Fernandez is currently president and general manager of Lenovo’s Data Center Group in Latin America and the Caribbean. He joined Lenovo in February 2018, approximately one year prior to Roskill’s hiring.

Lenovo declined to make Fernandez available for an interview with CRN, saying that Fernandez is settling into his new role.

Fernandez has executive sales experience working for the likes of Hewlett Packard from 2003 to 2011, according to his LinkedIn profile, including Business Intelligence Sales & Delivery Director for Latin America & Caribbean. He also did a four-year stint at Cisco from 2011 to 2015, with his last role as Cloud & Managed Services Leader, according to LinkedIn.

Prior to joining Lenovo, Roskill was vice president of emerging channels and integrated solutions at Avnet, responsible for the global distributors’ strategy and sales execution for hundreds of partners in the Americas. Roskill began her career with a 12-year stint at IBM from 1997 to 2009 with roles including director of Healthcare Solutions and Business Development.

In Lenovo’s fourth quarter earnings report in May, the company reported its data center revenue had declined 3 percent year over year to $1.2 billion, citing software hyperscale demand and a “sharp commodity price drop” in hardware. Kirk Skaugen, executive vice president and president of Lenovo’s Data Center Group, said during the earnings call that the reason the firm’s hyperscale business fell was because some customers were hesitant to buy to due COVID-19 disruptions.

“Some of our customers had paused buying as they were consuming inventory. We see that dramatically changing rapidly starting this quarter in units, but even more dramatically next quarter,” said Skaugen. “And revenue was impacted in hyperscale primarily because of sharp commodity declines in SSD (solid state drive) and memory. Those are over. So we should see now a tailwind in revenue as well from increased demand and increased commodity pricing.”

Interestingly, Roskill is the third global channel chief of a giant IT infrastructure hardware and software powerhouse who has left in recent weeks.

Dell, VMware and Lenovo are industry market share leaders in various segments including servers, storage, hyperconverged infrastructure and software. All three vendors have thousands of channel partners across the globe.