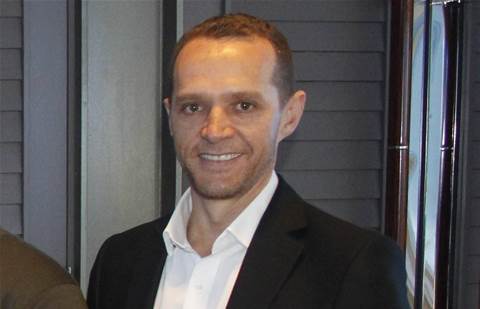 Eagleton assumes the role of head of SMB and channel sales for ANZ, succeeding Nathan Knight, who was promoted to ANZ general manager in December 2018.

As part of the role, Eagleton will focus on Lenovo’s hybrid ‘sell with’ methodology, aiming to post double digit growth in ANZ data centre market share.

“My 12 years at Lenovo have meant I’ve been exposed to multiple different aspects and functions of the business, and had the opportunity to collaborate across the organisation,” Eagleton said.

“This is what I love about Lenovo—the opportunity to make an impact. I am very excited about the road ahead, looking at our challenging aspirations over the next few years, and I’m proud to contribute to those aspirations with strategy and great partnerships.”

Knight was promoted to general manager to replace Rob Makin, who joined Lenovo’s worldwide device-as-a-service team as its executive director and general manager.

“Lenovo DCG is thrilled to promote Frank in to this well-deserved position. Having been with the team for 12 years, he is able to leverage a wealth of experience in strategising partner programs,” Nathan Knight said.