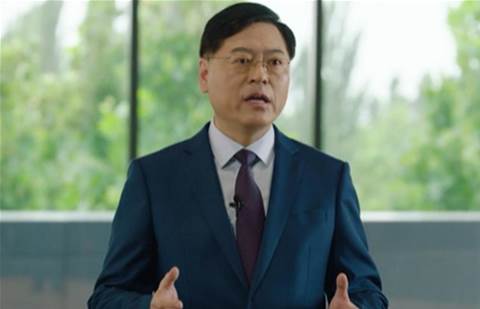 Lenovo is expanding its TruScale infrastructure services into an “everything-as-a-service” model that also includes as-a-service offerings for devices, silicon and other solutions, the company announced Wednesday.

With TruScale adding offerings such as device-as-a-service to its subscription model, “TruScale has now become our corporate brand,” Yang said.

Yang said Lenovo is expanding its TruScale offering as “more enterprise and SMB customers are adopting device-as-a-service and infrastructure-as-a-service. They are choosing the IT infrastructure and the services that are easy to scale up and scale out.”

Yang said that he sees the as-a-service approach as a trend that will “fundamentally reshape the IT industry.”

With TruScale as an “everything-as-a-service” offering, Lenovo will bring together hardware, software and services “into our integrated purchasing experience,” he said. Likewise, TruScale brings “design, deployment and operation services into our subscription-based, all-inclusive model,” Yang said.

“In the next reality, every business is digital and every product is a service,” he said. “Buying a solution from Lenovo will be as easy as buying a PC.”

The new biggest addition to TruScale is Lenovo’s Device-as-a-Service (DaaS) offering, which the company says has begun to gain momentum in recent quarters. Lenovo’s DaaS offering packages together PC leases, support and software into a monthly subscription – while providing the ability to scale devices up or down on-demand.

Vlad Rozanovich, president of Lenovo’s North America business, said that with the TruScale expansion announcement, “DaaS is now going to start rolling out to partners under the TruScale umbrella.” That means that, potentially, Lenovo and partners could package together everything from servers to PCs and even to Motorola smartphones in a single subscription for customers, Rozanovich said in an interview with CRN US.

“That’s the utopia state for us,” he said. “It sets up some really sticky opportunities for both the partner and Lenovo.”

With TruScale, Lenovo is competing in the market with as-a-service offerings from larger competitors in the data centre space, such as HPE GreenLake and Dell Apex. However, the expansion of TruScale into an “edge to client” offering will set Lenovo apart, Rozanovich said.

The addition of devices such as client PCs, smartphones and point-of-sale devices to the TruScale as-a-service offering are major differentiators, Rozanovich said.

Along with device-as-a-service, Lenovo disclosed it also plans to make available a TruScale silicon-as-a-service offering in partnership with Intel. The offering allows customers to only pay for what they use in terms of compute resources, eliminating issues with over-paying, Lenovo Executive Vice President Kirk Skaugen said during remarks at Tech World 2021.

“This is an enablement for customers to be able to scale compute resources on-demand, and pay for only activated processor cores,” Rozanovich told CRN US. “That is something that we have heard from customers previously – ‘if I’m not using a core, I don’t want to pay for it.’”

“When you look at per-core processing, especially in the server world, the amount you pay for software per core could be make-or-break for a company,” he said. “What we are doing here is we’re realizing the software savings by doing a core activation for only those cores that turn on.”

By bringing both PCs and data centre solutions under TruScale, it should drive data centre sales for Lenovo and its partners since many customers are already comfortable with Lenovo’s devices business, Rozanovich said.

“We would love people to look at us to say, ‘I’m going to go do a client rollout, but we also want to use this as [Lenovo] edge server for that client deployment.’ That’s the state we want to get to,” he said.

“With the partners’ engagement, we could create this real one-stop-shop for outsourcing IT and make it a business outcome that says, ‘let Lenovo and a partner be able to handle all of my IT needs.’”