Lenovo follows rivals Dell, Cisco and HP to everything as a service 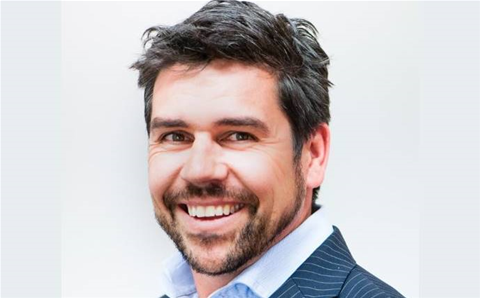 Lenovo is following in the footsteps of its rivals Dell, Cisco and HP with the rolling out of new changes to its Lenovo 360 channel program.

First announced last September, the world's largest PC maker's new program was billed as a “first-of-its-kind” approach but offers the same everything as a service offerings we have seen from rivals Dell, Cisco and HP.

"Lenovo 360 comes at a time when many small businesses and large enterprises alike are increasingly moving toward the “Everything-as-a-Service” model,” Lenovo ANZ boss Matt Codrington said.

“Lenovo 360 seizes the opportunity to equip partners with the tools, programs and expertise to deliver solutions that reflects the full spectrum of their customer needs, from device, to infrastructure, to services, including the need to ensure our program and initiatives allows us to collaborate more closely with partners to tackle sustainability and ESG goals.”

"These updates to Lenovo 360 will streamline the channel process for partners and distributors, representing a significant investment in our offering and our people," Gandhi said.

"Already we've nearly doubled our team locally, with a view of further growing the team by the end of 2022. These measures will provide ongoing partners support across in their operations, including access to a comprehensive, end-to-end portfolio that reflects the full spectrum of their customers' needs.

The new program offers up to 30 percent rebates to partners on certain products and as-a-Service sales.

From July this year, the company will introduce a program to reward partners who sell as-a-service solutions.

"We understand partners are constantly looking to diversify their revenue and earnings streams by becoming more service-led or solutions-based. By uniting our entire portfolio under a single platform, we can simplify access to our full range of products and solutions, providing partners and distributors more revenue streams to tap into," said Gandhi.

The vendor added that it will be making changes to the partner hub with services offerings and a self-service tool.

The company said the program was also “working towards” getting partners new opportunities in sustainability and across Environmental, Social, and Governance (ESG) business areas, but did not provide specifics beyond asset recovery and carbon offsets.

Last week it was revealed that the Chinese tech giant, along with Taiwan PC makers Acer and Asus, was defying US government sanctions against Russia over its invasion of Ukraine, according to a new Yale School of Management report.

Acer has now reversed course, saying it will suspend its Russia business because of the war in Ukraine.

Grow your software revenue by selling these 5 affordable, essential tools for the modern workplace
By Chris Player
Apr 11 2022
7:23AM