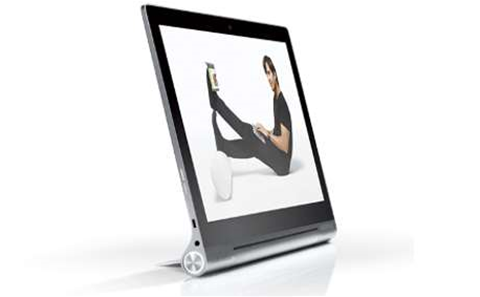 Lenovo has launched the newest products in its Yoga series of tablets in Australia.

The Yoga Tablet 2 Pro is aimed at home entertainment, and comes with a built-in theatre projector that displays a 50-inch image from two metres away. It also has a 13.3-inch 2560x1440 resolution screen. It’s also the first tablet to be fitted with a JBL subwoofer. It will have a starting price of $799

The Yoga Tablet 2 is available in both Windows or Android models. It comes with a 10.1-inch full HD display with 1920x1200 resolution. The Android model will have a starting price of $399, while the Windows tablet starts at $579.

Both Yoga Tablet 2 models are also available with eight-inch screen, but are yet to be released in Australia.

The tablets have a built-in kick stand that can also be used to hang the devices on a wall. They are all powered by Intel Atom Z3745 processors.

The new devices are available now from JB Hi-fi and Harvey Norman.