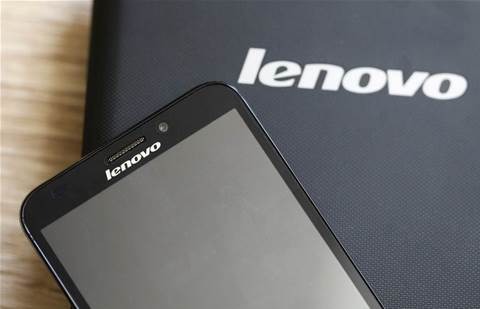 Lenovo profits soared 20 percent during its fiscal 2020 second quarter (ended Sept. 30, 2019) thanks to sales growth in PCs, although the company’s total revenue remained flat at US$13.5 billion as data center and mobile revenues shrunk.

The Hong Kong-based PC giant reported a disappointing quarter for its Data Center Group, which had its ninth consecutive year-over-year quarter of losses. Overall revenue for Lenovo’s data center business – which includes storage, servers and software-defined infrastructure – declined 13.8 percent year over year. The company did not break out the revenue figures for its data center business in its earnings report.

Lenovo attributed the data center sales drop as a result of lower prices for key components and softness in demand from some of its largest hyperscale customers. Data center sales – when excluding Lenovo’s hyperscale business – grew nearly 13 percent year over year. China played a significant role in this growth as Lenovo’s China region saw an increase of 47 percent in non-hyperscale revenue compared to the same quarter one year ago.

Lenovo said there “was strong double-digit growth” in software, software-defined infrastructure and high-performance computing (HPC) as a results of new HPC wins and its ThinkAgile offerings. The company said it expects to grow its non-hyperscale business around software-defined infrastructure and storage while also investing in edge and artificial intelligence opportunities. Additionally, Lenovo is expecting its hyperscale customer base is expected to return to growth in the second half of its current fiscal year.

The shining star for the Hong Kong-based company during its second fiscal quarter was its PC and Smart Devices Group, which reported $10.7 billion in revenue, up 4.1 percent year over year. Sales volume in PCs were up 7.1 percent in the second quarter year over year, with pre-tax income reaching $612 million.

Lenovo holds 24.4 percent of the global PC market and is the worldwide market share leader in PCs. Growth in PCs is being driven from premium categories including Workstation, Thin and Light, visuals and gaming PCs – which all had double-digit volume growth year over year.

The company is also witnessing a positive trend in its software and services business as revenue grew a whopping 35 percent year over year, reaching nearly $900 million. Lenovo is projecting its software and services business to hit $1 billion per quarter in the near future. Device-as-a-Service (DaaS), support service and managed services were key sales drivers for Lenovo as part of its ongoing diversification of revenue streams.

Lenovo chairman and CEO Yang Yuanqing was bullish about the company’s second quarter and future.

“We were pleased to see our growth momentum deliver continued solid financial performance amidst a complex and dynamic global trading environment,” said Yuanqing in a statement. “This success is a testament to our commitment to innovation, to our customers across 180 markets around the world, and to how the world continues to embrace our vision to deliver smarter technology for all.”