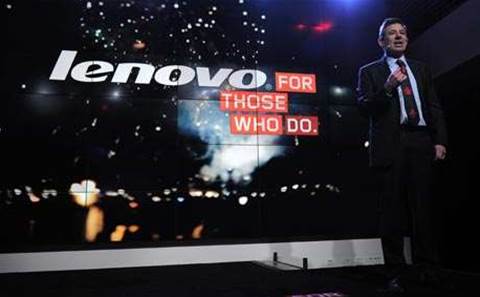 On the heels of its US$2.3 billion acquisition of IBM's x86 server business, Lenovo will be reorganising into four distinct business groups that will oversee Think-branded PCs, mobile, cloud services and its burgeoning enterprise server business, the company said.

The move is yet another sign the Chinese PC maker is on the fast track to remake itself in a post-PC push to compete more aggressively with Hewlett-Packard, Dell and Cisco.

Lenovo said the move, which the company said is set to take effect April 1, is aimed at creating structure and will give it a competitive advantage as the company grows. Regulatory approval of Lenovo's purchase of IBM's x86 server business is expected to take six to nine months.

Although certain details still need to be worked out, a Lenovo spokesperson in a statement to CRN US said the new structure will allow the company to focus on key market opportunities and streamline internal processes.

"Functional realignment is still to be determined. ... The new structure permits us to address the four key areas of technology market opportunity in a systematic and focused way. It will also allow us to function much more smoothly internally -- improving cooperation, eliminating internal competition, and maximizing efficiencies and synergies across our organization."

As such, the reorganization will look as follows:

In a prepared statement, Yang Yuanqing, Lenovo chairman and CEO, said that given the company's momentum, "now is the perfect time to prepare for the next phase in our growth. To do this, it is necessary to build new businesses and new pillars for our company. We will leverage our strength and competitive advantage in our traditional PC business, while also creating strong, profitable new businesses that can capture the growth opportunities in the market."

Eliminating departmental friction within MSPs
By Tom Spring,
Jan 29 2014
9:32AM