Lenovo rumoured to be acquiring BlackBerry 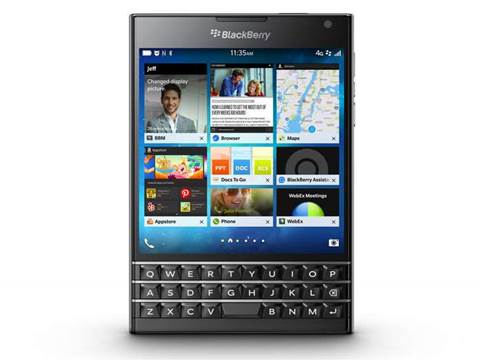 Lenovo is gearing up to acquire BlackBerry one year after the smartphone maker rebuffed the Chinese company's advances, according to reports.

Rumours of the sale began when financial news website Benzinga said a deal could be announced as early as this week.

The Canadian company was once a pioneer in the smartphone market, however it has been in serious decline since the early part of this decade following stiff competition from iPhone and Android devices.

Although the company has been trying to rebuild itself with the release of devices such as the Q20 and Passport, as well as a corporate rebrand, it has continued to struggle.

Citing unnamed sources, Benzinga said: "Lenovo's first offer would be US$15.00 per share, with a deal ultimately getting done around US$18.00 per share."

Not the first time

This wouldn't be the first time Lenovo has shown interest in BlackBerry. The company, which is in the process of buying Motorola Mobility from Google, reportedly tried and failed to buy the company last November.

Canadian newspaper The Globe and Mail reported the merger was blocked by the government over national security fears.

Indeed, Reuters and The Globe and Mail said that, according to its sources, Lenovo would never get regulatory approval for the purchase, as its network is used to carry significant amounts of corporate and government data.

However, according to Reuters, analysts believe a sale of the handset business alone "might just pass muster with regulators".

Blackberry's share value crept up 3 percent on the news and now rests at about US$10.