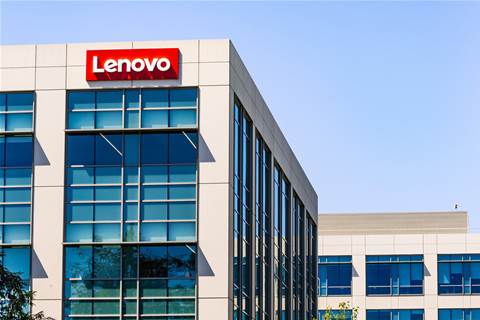 Despite mounting global pressure, Hong Kong-based PC giant Lenovo has been quiet on whether it will comply with US sanctions against Russia for its invasion of Ukraine. Unlike most tech firms, the world’s largest PC company has so far declined to comment on the tense international situation playing out in eastern Europe.

Mounting international pressure may force China to weigh its multi-international commercial interests against its own political loyalties. China-based companies like Lenovo with its massive US presence face a dilemma: continue to do business with Russia, or face consequences in the US.

If a company’s products contain American software and designs – even if manufactured overseas – they are subject to the US Treasury Department’s Russian shipment ban. A US official told Bloomberg News that companies who attempt to thwart sanction efforts face being cut off themselves and their executives could face jail time.

In a statement to CRN US, a US Dept. of Commerce spokesperson declined to comment on specific companies’ compliance with Russian sanctions, but added, “We expect compliance from companies operating in China and elsewhere that make products that will be subject to the new Russia rules.”

Belarus-based news service Nexta, which was founded by Russian dissidents now living in exile, tweeted that Lenovo has quietly pulled out of Russia already. Nexta did not respond to messages and did not provide a source for its claim. Lenovo did not return phone calls and messages seeking comment.

While Lenovo is Chinese-owned, the US exerts a considerable amount of influence because of the company’s many ties to IBM licensing agreements. That’s not to say Chinese involvement has never been a national security concern; in 2006, the State Department banned all use of Lenovo computers within its offices. Lenovo has 1,968 employees in the US, mostly at its headquarters in Morrisville, North Carolina.

Existing business relationships between Russia and China make the situation even more convoluted. China supplies 70 percent of Russia’s chips, computers and smartphones, according to the Peterson Institute for International Economics. But Russia accounts for less than 2 percent of the global tech market.

It’s clear that the US wants global firms to severely limit Russia’s access to technology.

“With these export controls, we, together with our allies and partners, are technologically isolating Russia and degrading its military capabilities,” said Assistant Secretary of Commerce for Industry and Security Thea D. Rozman Kendler said in a statement. “Russia’s access to cutting-edge US and partner country technology will halt. Its defence industrial base and military and intelligence services will not be able to acquire most Western-made products. Even most products made overseas using sensitive US technology will be restricted for export to Russia. Russia’s violation of Ukraine’s territorial integrity and sovereignty warrants this swift and expansive export controls response.”

Many global tech firms have announced that they will pull business from Russia, including Apple Inc., Dell, Oracle, Intel, AMD, HP Inc. and many more.

Grow your software revenue by selling these 5 affordable, essential tools for the modern workplace
By Shane Snider
Mar 8 2022
6:56AM