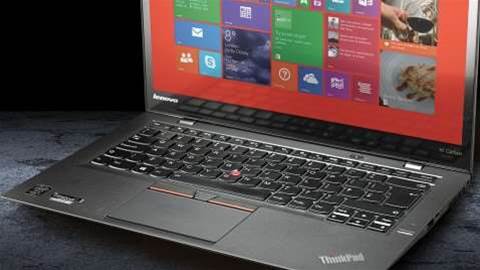 The ThinkPad X1 Carbon means business. Offering enterprise-grade features that Apple's “Pro”-branded laptops lack, and a defiantly business-first design, this is a laptop designed to relish life in and out of the office.

The first coup is connectivity. With an integrated 4G adapter included in every model across the range, this is one business portable which won't leave you scouting for a Wi-Fi hotspot or faffing with smartphone tethering.

Then there's the fingerprint reader, now tucked to the right of the keyboard rather than on the palm rest as on previous Carbons.

Meanwhile, Intel's vPro technology lets IT departments remotely secure a stolen laptop, and unlike Apple's highly nickable MacBook Pro, the X1 Carbon comes with a security lock slot, so you can bind it to your desk or a sales stand. 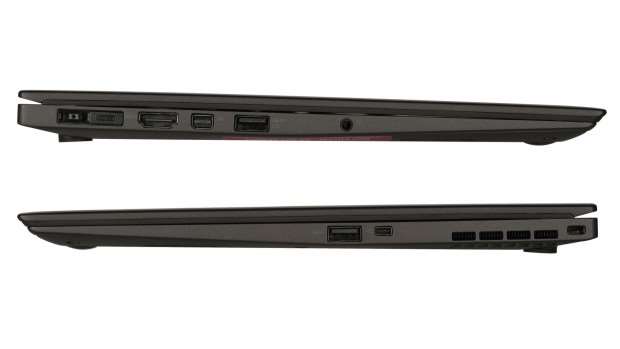 With a top-end Core i7 processor and 8GB of RAM to play with, I had high expectations of the X1 Carbon – but in Alphr's benchmarks it achieved only the same overall score as the Asus Zenbook UX303LA. Evidently thermal throttling holds back the processor during sustained periods of peak load – so save yourself some cash and don't bother with the upgrade from the Core i7-5500U to the i7-5600U.

It was a shame that the ThinkPad's battery ran dry almost two hours sooner than the MacBook Pro's in Alphr's video-rundown test (Wi-Fi off, 120cd/m2 brightness, 720p video) – but it was no surprise since its battery is 50Wh, compared to the MacBook's 74.9Wh.model."

The laptop has a reassuring solidity, yet, despite boasting a bigger screen than both the MacBook Pro and the Asus Zenbook UX303LA, it's at least 100g lighter than both - it weighs a modest 1.31kg. The relatively lightweight power brick doesn't add undue bulk either, only adding another 360g. The rubberised lid of previous Carbons was easily scuffed, so it's great to see a full-metal shell on this third-generation model.

There's little to fault on the inside. The keyboard is well spaced, with plenty of cushioned travel under each of the keys and a lovely big Enter key. Slap bang between the G, H and B keys you'll find the trademark Lenovo TrackPoint – but those who prefer the touchpad will find nothing to complain about, with a delicate clunk to confirm that a click has been registered. While it's not as sizeable as the MacBook Pro's touchpad, there's really not a great deal in it. 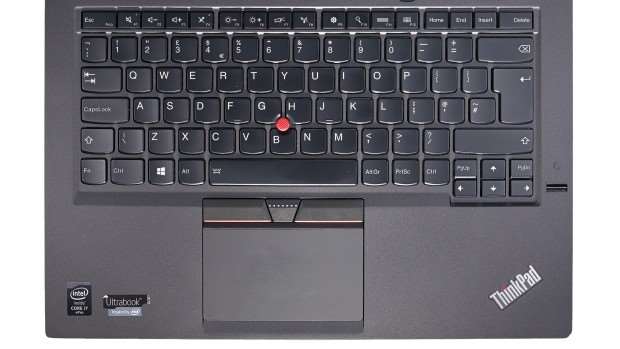 It's also less of an issue, because this high-end variant of the X1 comes with a Quad HD touchscreen. It works perfectly – flicking through the Start screen or a web page is beautifully smooth – but the touchscreen coating visibly mars the display; as with previous Carbons, the screen looks like it's been sprayed with a fine mist, almost as if you're looking through a sheet of cling film.

Colour is another issue. Photos don't look bad in isolation, but they're slightly duller than on either of Apple's most recent Retina MacBooks. The maximum measured brightness of 304 cd/m2 is dim in comparison to Apple's displays, and colour accuracy was a touch wayward, with an average Delta E of 2.98. For all those reasons, the X1 Carbon isn't the best choice for photography or video work.

Wave goodbye to a huge chunk of your IT budget if you want a fully-loaded model.

The big issue with the X1 Carbon is its staggering price. Just like the pricey HP EliteBook Folio 1020, you'll have to wave goodbye to a huge chunk of your IT budget if you want a fully-loaded model equipped with a high-DPI touchscreen. 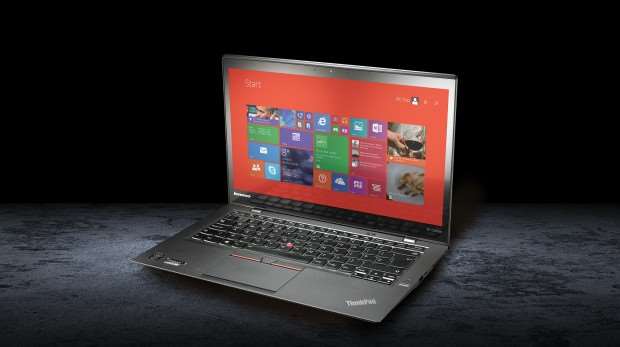 Features such as 4G, a fingerprint reader and a three-year on-site warranty are significant add-ons that shouldn't be discounted, but when the MacBook Pro offers more power, a vastly better screen and longer battery life for around half the price, it's impossible to wholeheartedly endorse spending this much on the ThinkPad.

If you're prepared to sacrifice power, screen resolution and the touchscreen, you can buy the entry-level ThinkPad X1 Carbon for $2,499 – but in comparison to the Retina-screened MacBook Pro, that model looks far less alluring. As ever, if you're in the market for a top-flight business ultraportable, be prepared to pay a hefty premium.